Your guide to design in West Sweden

Swedish design is largely characterised by clean lines and functionality, which have inspired many of West Sweden's most celebrated designers and architects. That is not the whole story, however. When you look a little closer, there are clear influences from the golden cornfields on the plains, the intense blue of the coast and the magic of the wilderness. It is unmistakeably Swedish design, but with a touch of West Sweden added.

Sweden has not been to war for the past 200 years. We have a welfare state that was designed to be functional. Our progressive social values have given rise to paternity leave, scheduled coffee breaks at work and an unusually strong confidence in government agencies.

We also have the right of public access to land, which brings us closer to nature than any other country. The products we design are intended to be used many times and show a deep respect for nature, rather than being kept behind glass or put on a pedestal. Wood, glass and metals are just a few of the materials used for created objects - taken from nature and put to good use.

These aspects have all helped to make Swedish design what it is: stylish, unadorned, and functionally integrated. There is a natural balance in our design. No so strange really, in this little country of moderation.

It’s clear that the unique natural environment in this part of the country is behind many a great success story. Several of Sweden's largest design exporters come from West Sweden, perhaps the best-known being Volvo.

The company has attracted world-wide attention for design ever since 1927, when the first Volvo car rolled out of the factory in Gothenburg. The concept is clearly recognizable: simple, functional and adapted to Swedish nature. The design team for the new XC60 model literally went to the sea looking for inspiration, and found it in the grain of driftwood that was used as a pattern for certain wooden panels in the car. You can see the whole of the Volvo group’s evolution over the decades at the Volvo Museum in Gothenburg. There you will also find Artilleriet, one of the country’s top boutiques when it comes to design and interiors. Gert Wingårdh is an architect who is not afraid to stick his neck out. Some of his award-winning works are found here, including Universeum and Kuggen at Lindholmen Science Park. Kuggen's unique design and smart photovoltaic solutions make the Chalmers building into a real friend of the earth, as well as being one of the most photographed buildings in the city. 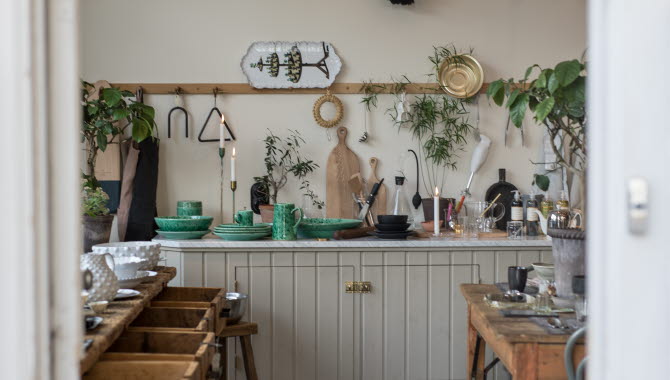 Another example of wonderful architecture that attracts international interest is the naturum Victoriahuset next to the baroque mansion of Läckö, on the south banks of lake Vänern, not far from Lidköping. With its motley wood-strip façade, inspired by the light, airy reeds and raw driftwood of the Vänern archipelago, this beautiful building almost disappears into its natural surroundings. 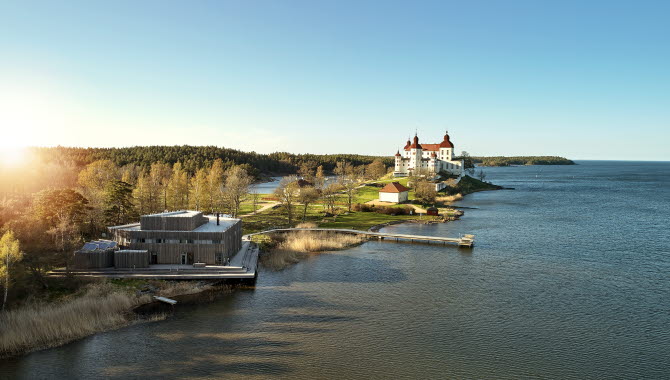 Emma von Brömssen, a motif design guru, has also gained much of her inspiration from the landscapes of Västra Götaland. As she grew up with an ornithologist father, it is not so surprising that her wallpapers, pillowcases and coffee cups are decorated with playful dancing cranes. Playfulness comes through too in the award-winning furniture by cabinet maker Staffan Holm, who strives to evoke feelings with his design. 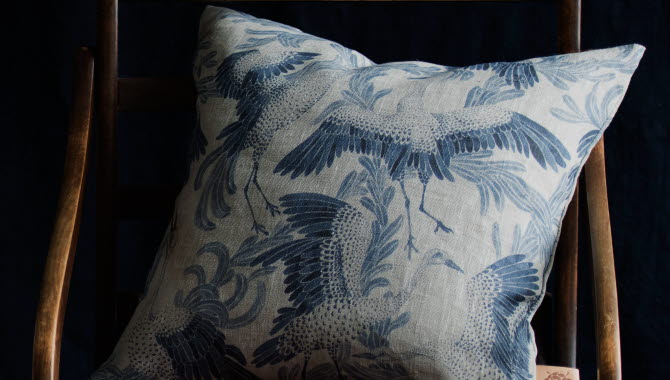 Also based in Lidköping is Rörstrand porcelain, with its nostalgically popular tableware as well as that made for the Nobel festival. Anna Elzer Oscarsson works in what is possibly Sweden's smallest porcelain factory - Porslinsfabriken in Lidköping. In 2016 she was awarded the Lauritz Arts and Crafts Prize for her sustainable working method of designing close to the production process.

We now move on from architecture and porcelain to the textile industry. Too close a scrutiny of this billion dollar sector makes you quickly realise that working conditions and salaries in many parts of the world are good enough reasons for becoming permanently horrified. There are those who dare to stand up against this trend, fortunately. The Gothenburg-based company Nudie Jeans has become a huge success on the back of sustainability and fair working conditions. The entire business chain is flourishing, from its cotton plantations and sewing to the concept of repairing or re-designing garments to be re-sold as vintage.

Borås designing for the next generation

While we’re on the subject of sustainable design, Borås, the city of textile and design, has undergone a radical development journey over the last decade. Here, hardly an hour from Gothenburg, creativity is blooming like never before. With its Textile Fashion Center, Textile Museum, Smart Textiles and Swedish School of Textiles, Borås has adopted a world-leading role in innovative design. The city centre, too, has changed radically thanks to two art biennials: one for sculpture and one for street art. You can now stroll around in a huge outdoor gallery full of murals and internationally renowned sculptures. 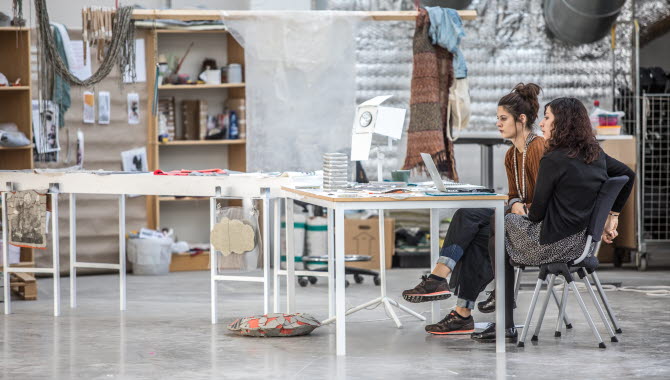 The Borås region is also home to Sweden’s oldest linen weaving mill, run by the Ekelund family. Since the end of the 17th century this company has created a sense of nostalgia with their sustainably manufactured towels, tablecloths and rugs. Welcome to the textile centre of Mark municipality. Discover the company’s fascinating history in the museum, enjoy the weaving display and fill your shopping basket in the factory store. 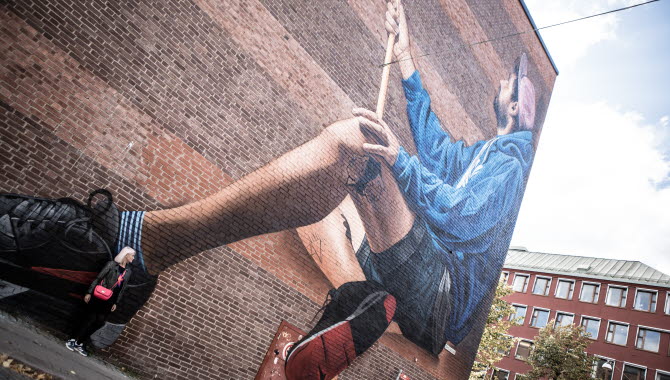 Last but not least, we should also mention Estrid Ericson from Hjo, who founded Svenskt Tenn (Swedish pewter). It is currently one of Sweden’s leading design brands. Working alongside Joseph Frank between the wars, she left convention behind with her playful, colourful patterns, often inspired by nature. She dared to think in new terms and developed the simple, functional style into something softer and more homely, and it is possibly that her passionate but relaxed approach laid the foundations for the design wave in West Sweden that followed in her footsteps. There’s no denying, it is very easy to be inspired by West Sweden between daily coffee breaks, wonderful walks in the forest, moments of reflection on its smooth granite rocks and the marvellous pleasure of simply being.