One of Sweden’s most promising pattern designers

In 2016 she was named Rising Star of the Year at the Elle Decoration Awards, and her wallpaper patterns and porcelain collections have made the news in Sweden and abroad. Gothenburg local Emma von Brömssen simply goes from strength to strength.

Emma has always been interested in the art of patterns, and has always wanted to create patterns that are long-lived. One of her works that really made an impression was the wallpaper collection Simplicity, which she made for Engblad & Co. 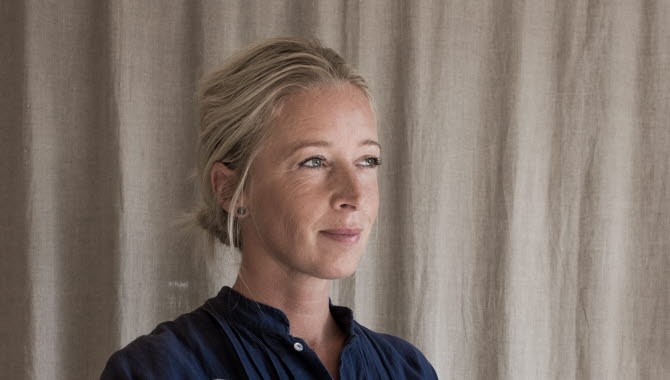 The collection consists of ten pattens containing the hit wallpaper Dancing Crane. The motif of cranes dancing against a grey-beige background is very reminiscent of misty mornings by Lake Hornborga, where real-life cranes dance every year. Starting in 2018, the cushions from the Dancing Crane series will be sold at the souvenir shop at the Crane Dance at Lake Hornborga. Birds are a recurrent theme in Emma’s work.

- My Dad is a bird watcher, so I’ve been fascinated by their sounds and looks since I was a little girl. Birds work very well when you’re designing patterns, because they have clear directions, and their wings and necks create dancing movements.

With their special looks and size, cranes are a species that stands out.

- They arrive in such numbers that they almost form a pattern in themselves. I like making patterns that cover the entire surface, so you can play with the forms a bit, and for this, cranes are perfect. 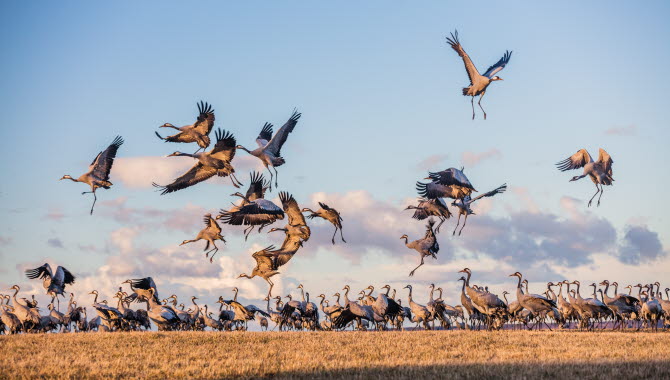 Emma von Brömssen is one of Sweden’s most promising pattern designers. In just a short time she has gained national and international renown for her work. Her highly detailed pattern Dancing Crane is already a classic, and she has been called a modern Josef Frank. In recent years Emma has had a number of product launches – including Selma, her porcelain collection for the new company Götefors Porslin, in 2017.

Another of Emma’s most recognized patterns, again with a bird theme, is Stäpphöna. It is produced by Svenskt Tenn and was nominated for the prestigious Ann Wall’s Design Award, named after Svenskt Tenn’s successful CEO. The original was drawn with a felt pen, and every feather is filled in with colour. Emma created this pattern while a student at the School of Design and Crafts at the University of Gothenburg. But apart from the world of birds, where does Emma find inspiration?

- I get that question all the time, and it’s always just as hard to answer. I can’t really say – inspiration can actually come from anywhere. Travelling far away can be very inspiring. The nature of Asia or Africa has a completely different light than at home, and that alone can get new thought processes going.

Patterns on many different products

Emma’s patterns have been used on many different products. Her clients include Tretorn, Hemtex and the newly founded Götefors Porslin, with their porcelain collection Selma. 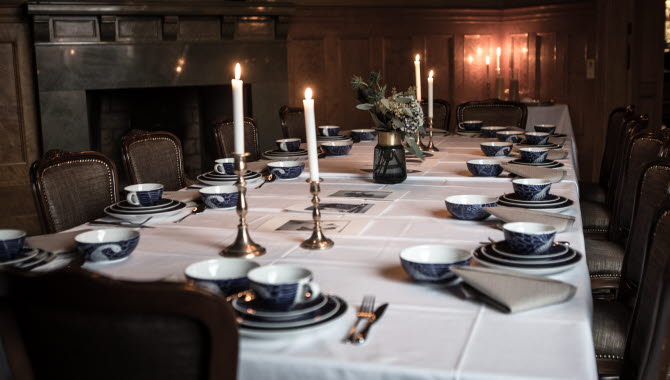 1. Rörö Nature Reserve – “The light is fantastic and there are beautiful views of the sea.”

2. Botanical Gardens, Gothenburg – “A real oasis, where I can find energy and inspiration from within, lose myself completely among the leaves, and feel the calm.

3. Holmens Market and Easy Living Furniture, Gothenburg – “Two charming second-hand shops in the Gamlestan district. A huge variety in their stock, and you can find all sorts of great stuff.”

Education: School of Design and Crafts at the University of Gothenburg