Far out to the west, where the archipelago ends and the open sea starts, lies Marstrand. A haven for sailing and swimming, with quaint neighbourhoods and car free streets. Discover the island’s lovely scenery, salty swimming spots and fascinating history.

Marstrand is without question Sweden’s sailing capital, and every year attracts the best sailors in the world and a huge audience to spectacular competitions. A lot revolves around sailing and boating, and in the guest harbour, which is Sweden’s largest, the boats are tightly packed. If you want to get out on the water yourself there are several boat trips you can go on – round the island, out into the archipelago, to a seal colony, or you could hire kayaks and go paddling. If you want you can even do a sailing course! 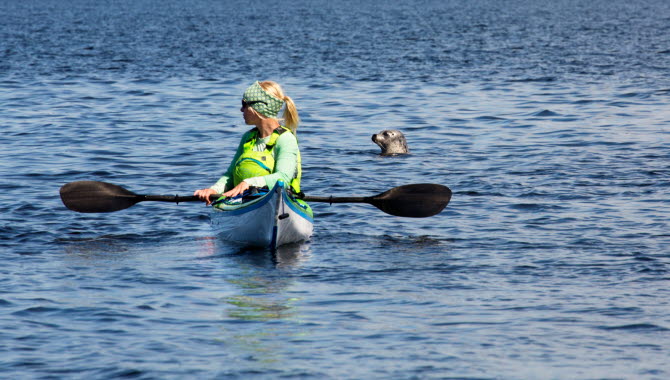 But Marstrand isn’t just about sailing. It’s also an island for lovely day trips where you can stroll along the quay, watch the boats in the harbour, have an ice cream, swim, shop, fika and enjoy heavenly meals in Marstrand’s top restaurants. 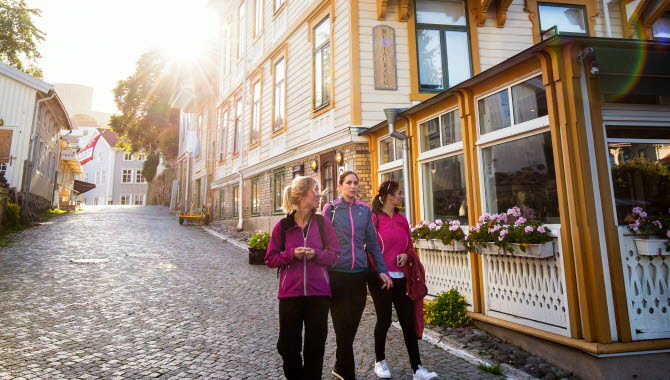 How to get here

The island of Marstrand is just north of Gothenburg on the coast of Bohuslän, and is easily reached in around 50 minutes. In Gothenburg’s Central Station hop on the Västtåget train to Ytterby, then change to the Marstrand Express bus that takes you the whole way out to Marstrand’s ferry landing where a short boat trip over the sound awaits to reach the island. 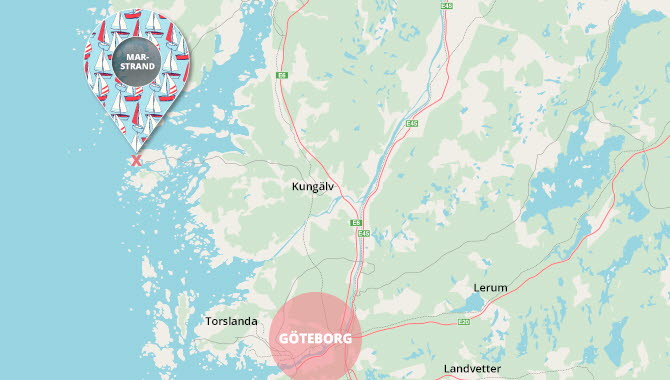 If you are visiting during the summer months you can travel by boat all the way from Gothenburg on certain days. Strömma Boats go from Lilla Bommen and voyage through the archipelago, past pretty little islands and coastal villages, before landing on Marstrand Island. 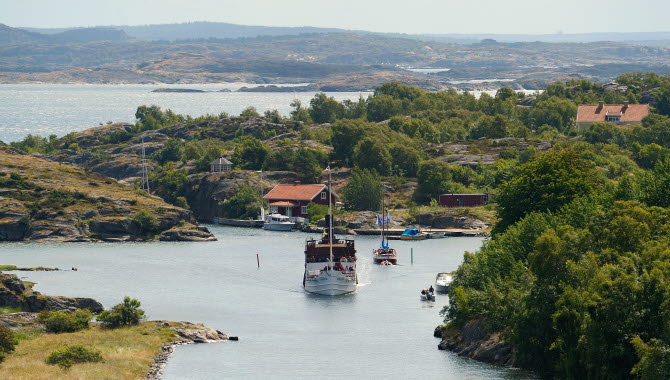 Marstrand has a fascinating history, and is special for anyone interested in nature, art, architecture and culture. Walk through quaint neighbourhoods and small alleyways and then out to the coastal path that winds round the island. There are several paths you can follow, and one of them takes you, amongst other things, up to the island’s most exciting attraction – Carlsten’s Fortress, which has watched over the island since the middle of the 17th century. You can creep into gruesome dungeons or enjoy the unending views from the lookout point, but also eat a meal or a snack and see a play or a concert.

If you want longer walks you’ll find them on Koön. There are three magical, well marked trails here, of different levels of difficulty and terrain, but what they all have in common is beautiful natural surroundings, lovely picnic areas and fantastic views of the North Sea. 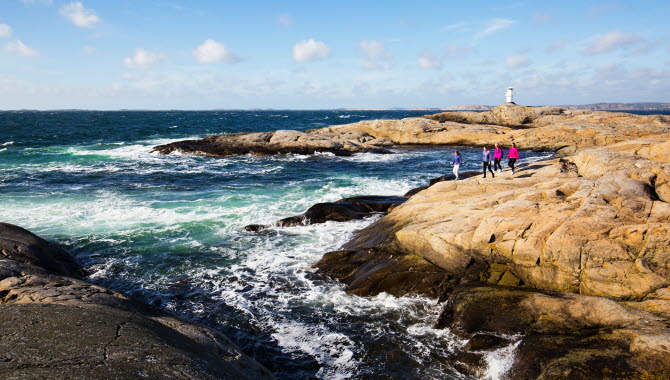 If you look north you can see small coastal villages, and to the west get a glimpse of the famous lighthouse Pater Noster. The most advanced walk takes you along the shoreline, over rocks and boardwalks, while the slightly easier one is on paths alongside Älgö fjord. Both trails are five km long. If you want a shorter walk there’s a 2.5 km round walk that connects to the paths in Rosenlund nature reserve. You can of course combine all three walks. 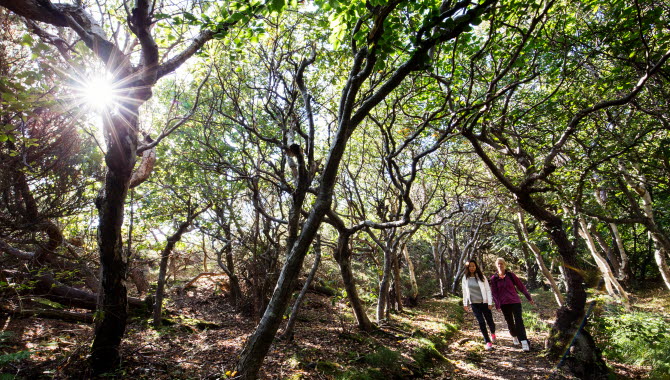 If you’re visiting on a warm summer’s day, or if winter dipping is your cup of tea, there are some lovely swimming spots with everything from family friendly swimming areas with a sandy beach, to hidden bays with rocks to dive from. You can also visit Marstrand just to take it easy. Do what the locals do and have a stroll up and down the quayside. It’s the perfect opportunity to buy an ice cream, check out the many boats in the guest harbour, and quite simply enjoy the surroundings. 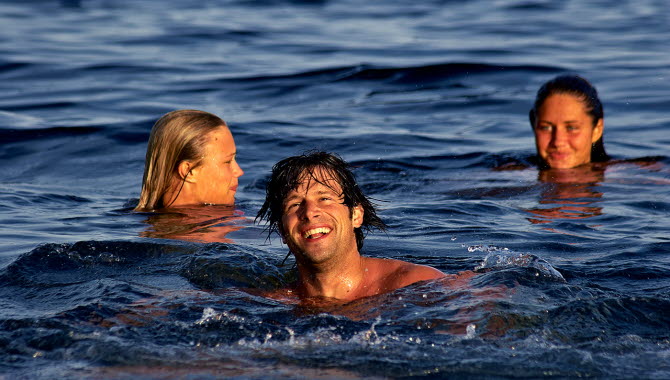 For its size, Marstrand really stands out when it comes to food. There a many restaurants here serving top class food, with menus often inspired by the archipelago. At Grand Tenan you can enjoy classics like grilled langoustines on the fantastic veranda which faces leafy Paradis Park and the harbour. At Ottos Kök it’s tastes from the region that set the tone of the menu, which includes an outstanding Toast Skagen. If you’re keen to try a proper shellfish platter then book a table at Marstrands Wärdshus on the quay. 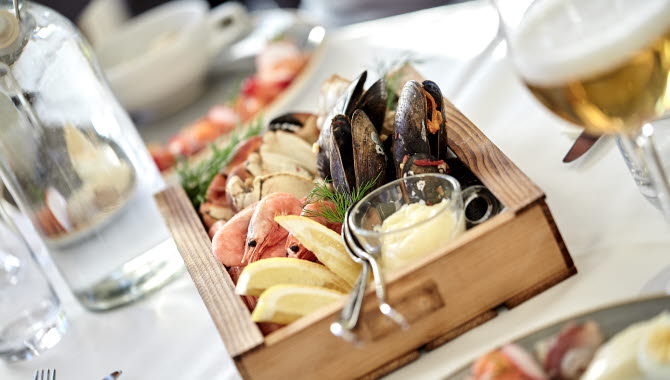 If you want to stay over

If you want to stay the night there’s the historic Grand Hotel Marstrand, a stylish and charming hotel where King Oskar II once spent much of his time. If you’d prefer rooms with Scandinavian décor then Marstrands Havshotell, with a view of the island, is the one for you. Relax and enjoy some time in the spa, with a pool, salt rooms, steam sauna, outdoor hot tub and a floating sauna in the bay – all inspired by the West Swedish coast. Right in the middle of the quay you’ll also find Villa Maritime, where you can stay in apartments with a bedroom, living room and own kitchen. 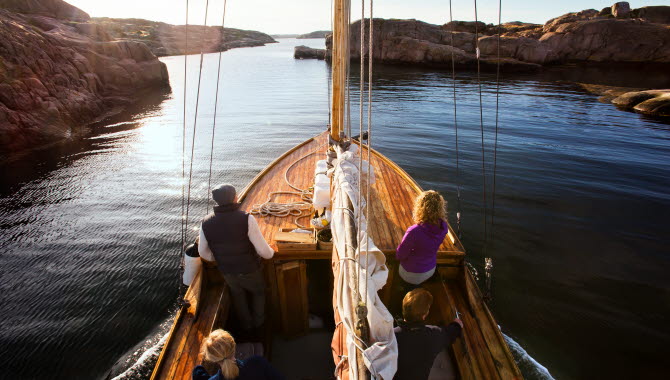 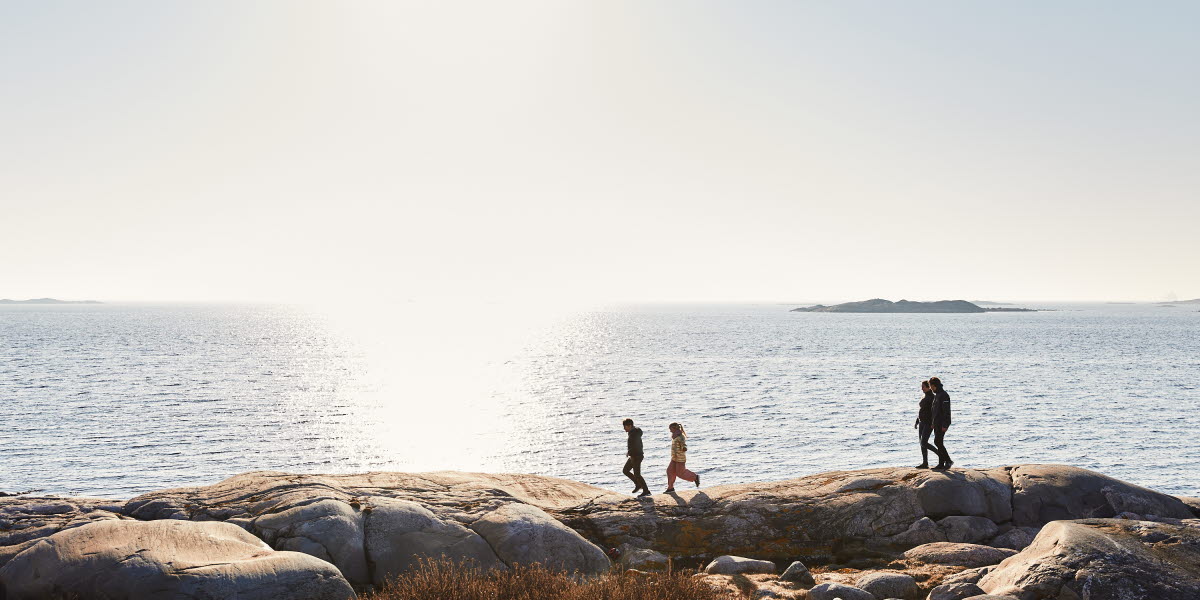 There’s a whole lot to discover in Gothenburg. And there’s even more to explore outside the city. All you have to do is ride just a few stops beyond the city limits to enjoy some really memorable... 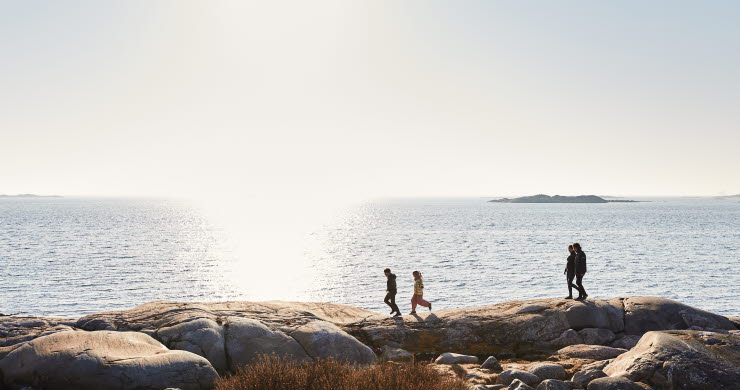