Alliansloppet in Trollhättan is the world's biggest roller-ski race, and an official ranking event for the long-distance ski race Vasaloppet. Choose from three distances: 16 km, 32 km, or 48 km.

Alliansloppet is a roller-ski race that brings together recreational competitors alongside the very best in the world. At the same time, huge crowds descend on the town of Trollhättan to cheer them on in what has become an amazing event for everyone. Alliansloppet is broadcast live on Swedish and Norwegian television.

The start and finish lines are in the beautiful waterfall and lock area, where both competitors and spectators are offered an incredible view of the magnificent Trollhättan Waterfalls. Not only is it an amazing landscape shaped by the powerful forces of nature over millions of years, it is also a fitting tribute to the town’s fascinating industrial heritage. 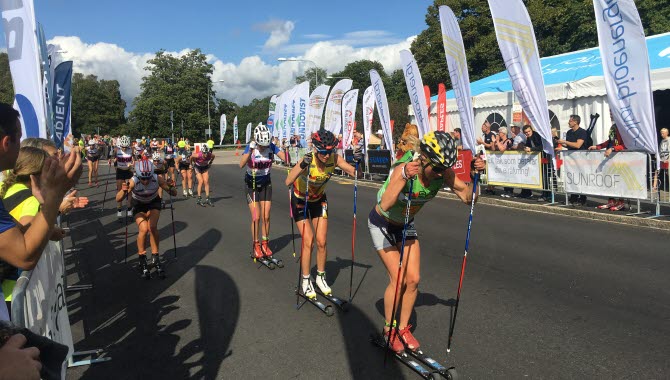 When does the race take place?

The race starts at the Trollhättan Waterfalls and follows a 16 km circuit. This scenic loop follows winding country roads through lush woodland, interspersed with small residential communities. The gradients along the course are modest, which means anyone can take part. The course is clearly marked by arrows on the road and on poles, as well as marking tape. Signs show the number of kilometres covered from the start. Course marshals are on duty at all major junctions. 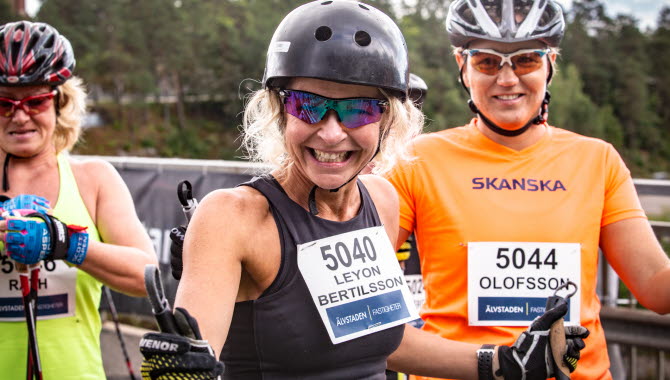 West Sweden Action Weeks bring together a series of races for running, canoeing, cycling, swimming, and roller-skiing enthusiasts of all ages and abilities. We offer experiences and surroundings that are truly amazing. A memorable occasion for competitors and spectators alike, and with a firm emphasis on sustainability.