The idyllic island of Skaftö, part of Lysekil municipality, has a varied coastal landscape and several picturesque fishing villages. For many people the island is better known as Saltön, from the popular TV series of the same name.

An island with a diverse landscape

Skaftö, with its ancient cultural traditions, is on the outskirts of the archipelago in Bohuslän. The beautiful archipelago has many rocky islets that provide some protection from rough seas. Scenery is a big part of Skaftö’s character. 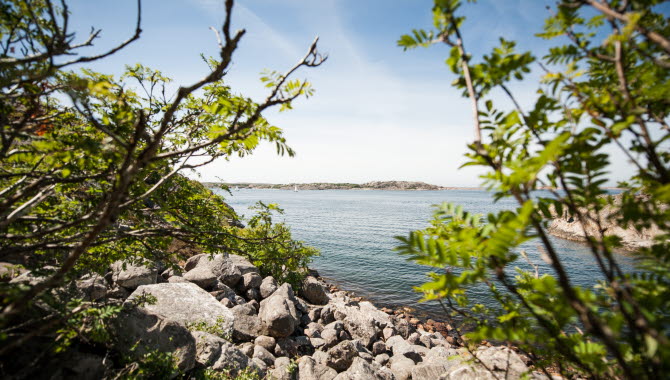 The western side of the island consists mostly of barren, rocky areas, while inland there is agricultural land as well as lush valleys with flowery meadows. Vägeröds Dalar nature reserve, in the middle of the island, is a popular place in spring when blue and white anemones cover the ground. In the southwest the Islandsberg promontory juts out into the open sea, with an old lighthouse cottage at the end of the huge rock.

There are five villages on Skaftö, all with their own charms. Grundsund has always been an active fishing port and has a long harbour canal around which the village is built. There are many fine pedestrian streets in Fiskebäckskil among the charming boathouses and the grand captains’ villas. 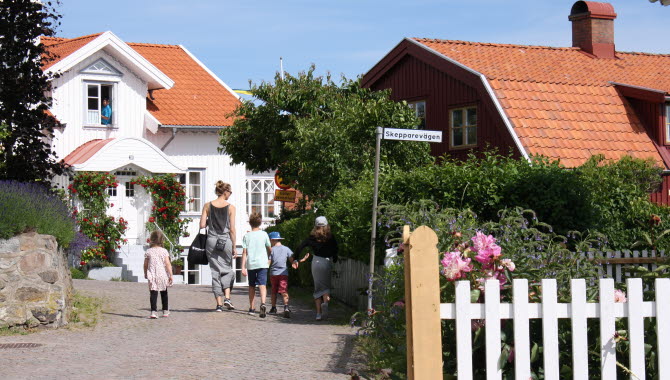 Across the straits from the village lies Östersidan, which can be accessed on foot or by bicycle. The small village of Stockevik is built around a cove with an attractive marina, and Rågårdsvik on the island's southern promontory is believed to be Skaftö’s oldest settlement. Towards the mainland are the islands of Flatön and Ängön where Evert Taube, the renowned Swedish poet, spent a lot of his time.

Skaftö is a paradise for residents and visitors alike, with its proximity to the sea and the nature. It provides everything from relaxing spas to challenging sea adventures. For those who like to be in the countryside there is a large system of footpaths and cycling paths including Kuststigen, which meanders over the island’s hills and fields. Most of the popular TV series Saltön was filmed on Skaftö, mainly in Grundsund and Fiskebäckskil.

History created by herring and tourists

The prosperous herring periods were important for the development of Skaftö. Grundsund became a typical fishing port, while Fiskebäckskil and Östersidan concentrated on maritime trade and developed into large shipping communities. The fishing industry was a main source of income for Rågårdsvik and Stockevik, thanks to the great herring catches in the 18th century. During the second half of the 19th century spas were developed and seaside resorts became a popular attraction, mainly for high society. The salt water of Bohuslän was considered to be therapeutic and many of the Swedish west coast towns prospered as a result of their spas.