Located on Skaftö, Grundsund is a fishing village with all its original charm intact. Boathouses and small cottages rub shoulders all along the rocky shore, around the dock and the harbour canal. Much of the popular Swedish TV series “Saltön” was recorded in Grundsund.

At the far end of Skaftö

The little gem of Grundsund is on the westernmost point of Skaftö, which lies in middle of Bohuslän between Orust and Lysekil. It takes around 45 minutes to get to Grundsund from Uddevalla, and you can’t get much closer to the sea than this. The long, narrow village is divided by a canal which separates Skaftö from the small island of Ösö. Along the canal are picturesque boathouses and piers from different times in history. You can buy fresh fish, shrimps and crabs directly from the commercial fishing boats when they dock. There is a beautiful view of the harbour canal from the bridge to Ösö and from the nearby church. A new sea-front promenade has been constructed by the eastern quay; it’s a long pier to Skäddhålan which then continues to connect with a footpath to Vigerna. 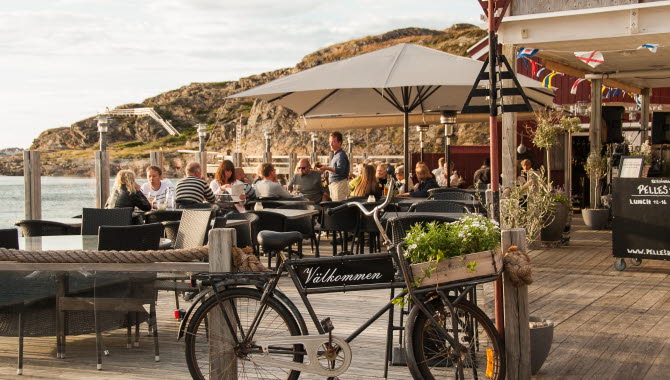 Most of the very popular TV series Saltön has been filmed on Skaftö, mainly in Grundsund. The series is based on the books written by Viveca Lärn, and with more than a million viewers they really put Grundsund on the map. Loyal viewers of the series easily recognize the locations in this picturesque coastal village, with its beautiful houses and piers washed by the sea.

The history of Grundsund is largely characterised by the heydays of the fishing industry. The village was a significant fishing base and shipping community for a long period of time. The peak of the herring era in the 18th century contributed to the development of the village, and when other similar fishing communities changed into seaside resorts for the wealthy classes during the end of the nineteenth century, Grundsund essentially remained a fishing port. 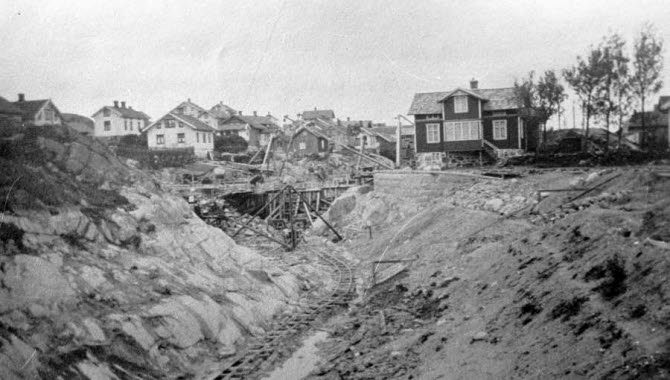 The canal that divides the village into two parts, east and west, was dug out during the first world war to allow fishing boats and small cargo boats to pass more easily and make a larger, more protected harbour. Fishing is still an important industry here, but visitors also come to swim, eat good food and discover the archipelago on foot or by bicycle, kayak or boat.