Ahlbin Gustafsson, president of Fiskebäckskil TK sums up the past week;

"The development of the Tennis week has exceeded our expectations, we are increasing the number of participants for the fifth consecutive year, which is proof that the players appreciate the environment, the runways, the race management and officials. Quite simply, we have recreated the high status Fiskebäckskil tennis competitions had in the 1960s and 70s. The big difference then to now is that the races are much larger today. We had no less than 229 registered players, making Fiskebäckskil sails up as the largest tennis tournament in the entire western Sweden. Other competitions in Bohuslän have dropped in popularity this summer but we are an exception. Our goal now is to keep the competition around 200 players each year. Although it rained a lot during this years week, our plan B worked out perfectly with the indoor games in the tennis halls in Lysekil and Uddevalla. Had we not had access to these tennis halls we had not dared to organize such a big event. We are very happy that our partnership with tennis clubs in Lysekil and Uddevalla is growing stronger every year.

Young tennisplayer James Pihl went to the final of the Boys' Singles 10, which was very well done since it was a high-class players competition.

A very nice happening that we much appreciated the past week was that tennis legend Jan "Janko" Karlsson, who was the race leader at the Junior Championships 1970 (together with Ove Bengtson) came to visit, while we had a large and very good anniversary cake made by Café Syltrutan in Grundsund. The cake was shaped like a large tennis racket. Janko worked for almost ten years as a tennis coach and tournament director of Fiskebäckskil TK and it was he and the legendary chairman Östen Almén who took care of Bjorn Borg in 1970-71 competitions and arranged shelter for him at Danskevägen, Fiskebäckskil.

The competition this year held 22 classes in Björn Borgs Pokal. The most prestigious, round of the Summer Tour, was won by Sydney Berlin and Pablo Figueroa, both from Malmo Club Fair Play TK."

Fiskebäckskil Tennis Club is well-known and it has, among other things, organized several Swedish championships as well as several show matches with great swedish as well as international tennis stars on Skaftö.

2012 Fiskebäckskil Tennis Week resurrected after a 26-year break. In 2013 Björn Borgs Pokal was founded, a challenge prize in the men's and women's elite class.

This year show a new record. 229 players have registered and Bjorn Borgs Pokal is thereby consolidating its position as one of West Sweden's biggest tennis tournaments. Especially the Swedish Masters-round "Summer Tour" is growing rapidly.

First year 2012 had 37 players, 65 players second year, third year 150 players and last year almost 200 players. This year the cup continues to grow with an all time high with regard to paricipants. It makes this competition one of the biggest junior races in Western Sweden.

This year, participating among others, is Pablo Figueroa, Fair Play, who won the Masters finals last year in the Summer Tour. Competing this year you will also find top-seeded Kajsa Rinaldo Persson and Megan Lalone and Maggy Lemick from the US.

We met and talked to James Pihl, one of the juniors who are competing this week and last week attended the Fiskebäcks TKs training camp held in Fiskebäckskil.

We also met up with Peter Lindqvist and will hear him tell us about this year's competitions.

And last but not least, we will meet Ahlbin Gustafsson, president of Fiskebäckskil Tennis Club and the man who has put Fiskebäckskil back on the Swedish tennis map.

We met James during the training camp right before midsummer at Fiskebäckskil tennis courts. He competes in Björn Borgs Pokal this week. 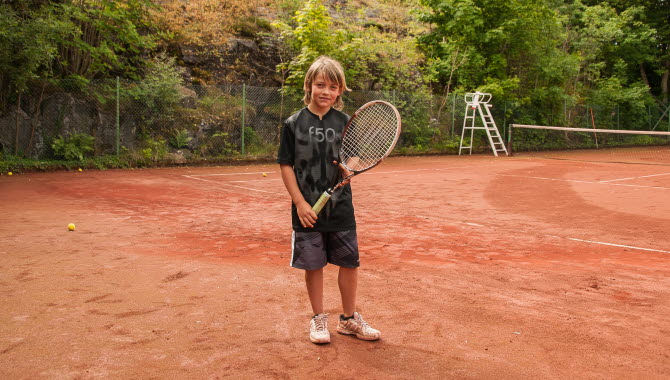 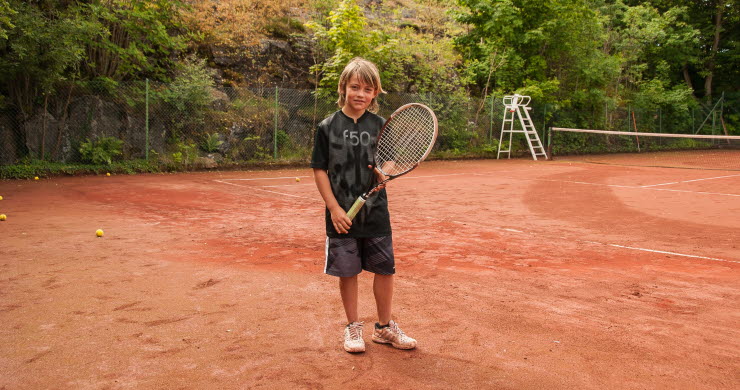 Peter, who is the head coach of Strömstads TK, was headtrainer of the Fiskebäckskil youth training camp before midsummer and this week he is Head of the Björn Borgs Pokal for the third year in a row. Hear his thoughts here on the upcoming race, Swedish tennis today and Fiskebäckskil TKs status in Sweden. 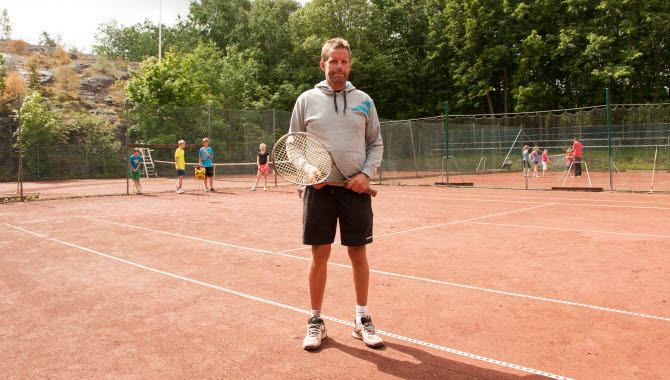 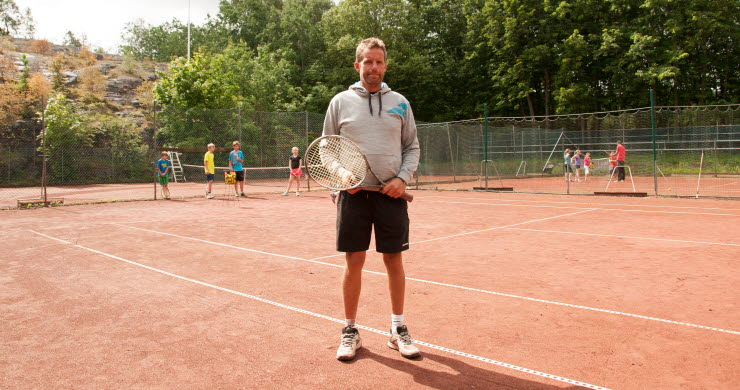 Chairman since 2011. It was Ahlbin who asked for permission to institute a trophy in the name of Björn Borg and he got a positive response pretty quickly from the legend himself. "Björn has many great memories from Fiskebäckskil and he felt it as a great honor that we instituted Björn Borgs Pokal" tells Ahlbin. "The Swedish Junior Championships in Fiskebäckskil 1970 became Björn's first national championship on gravel. It was an important milestone in his career. The competition has had an unusually strong performance and the competition is today one of the biggest junior races in western Sweden". In this interview Ahlbin tell us more about Fiskebäckskil TK, Bjorn Borgs Pokal 2016 and the future. 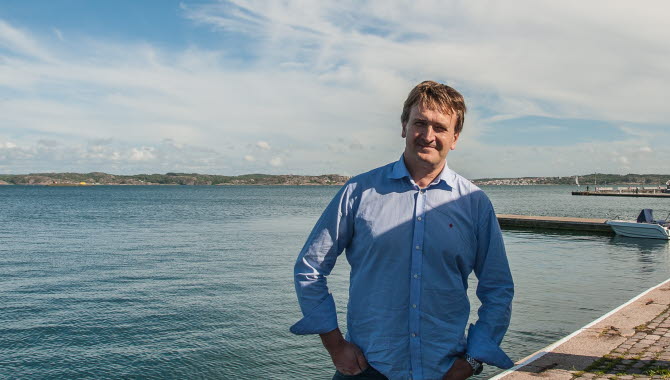 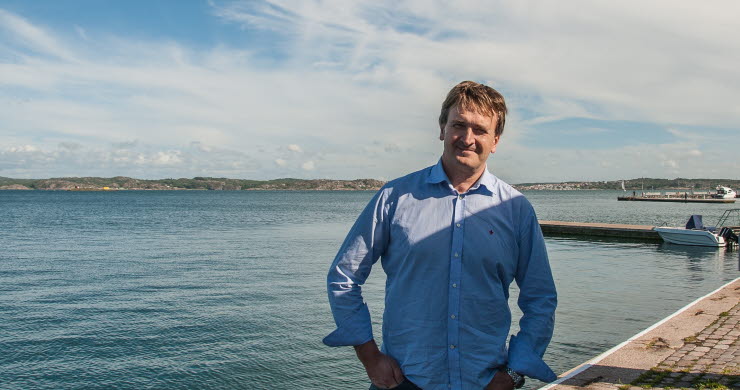 Fiskebäckskil Tennis Club was founded in 1914 where Gullmarsstrand hotel today is located. The tennis courts facing the sea was made of wood and they are pictured at Carl Wilhelmsson's painting "Girl in Blue" from the 1910th.

The three gravel courts adjacent Bökevik beach was built in the 1930s. It was originally two courses and in 1948 a third was built. The small huts which today serves as dressing room and office was originally small houses used at the Swedish national elections in 1965 and was transported to the club shortly after the election.

Fiskebäckskil Tennis Club was founded July 9, 1956 and then took over the facility after Arvid Mellin, who incidentally also ran the popular bathrestaurant Fiskebackskil at the time.

Fiskebäckskil Tennis Club was a very well known club with many members. The club has organized three Swedish championships. In Fiskebäckskil, Björn Borg won his first outdoor national championships in his career in 1970. According to Björn himself, this SM-gold in Fiskebäckskil was a breakthrough and an important milestone in his career. He would come back here many times in the following years and now more recently with his family to see his boy Leo Borg play tennis.

In 1970 when Bjorn Borg won his first national championship on gravel was also another young man competing that would be famous in a completely different genre, Ted Gärdestad, which was ranked second after Borg. After losing the final to Borg Ted decided to put the racket on the shelf and go for the music instead. And it was undeniably a pretty good decision. Ted became one of the most loved and appreciated pop artists in Sweden and his songs are classics today. Competing at these games was also Teds girlfriend Helena Anliot, whose parents had a holiday villa in Fiskebäckskil.

Helena Anliot was during 1970's second half one of Sweden's top tennis player. In total, she won sixteen SM gold, three in singles. It is said that Helena and Björn took a liking to each other during the races in Fiskebäckskil and besides being a very skilled tennis player, she also became Björn Borg's girlfriend for a period in the 1970s. They both played multiple mixed doubles tournaments together. Helena continued to be close friends with Ted and he has dedicated her his song "Helena".