A fethered paradise for more than cranes

In Lake Hornborga there are more birds than cranes. Almost 300 different bird species have been spotted here. Welcome to one of Sweden’s most prominent bird lakes – a home to black-necked grebes and black terns.

Sudden wing beats are seen over lake Hornborga. A young white-tailed eagle sweeps over the shiny water surface and creates a commotion among the geese and the mallards. Lake Hornborga is a unique place in many ways. The birdlife by the lake is bustling no matter what the season.
Lake Hornborga is one of the most important lakes in the country for birds who migrate. During both the spring and the autumn a lot of different species of birds pass the lake. You can se both peregrine falcons, hen harriers, common greenshanks and ruffs. The number of birds by the lake is highest during the autumn. At this time of the year tens of thousands of birds can rest in the lake at the same time. They stay by the lake to feed before they continue their migration to the south. 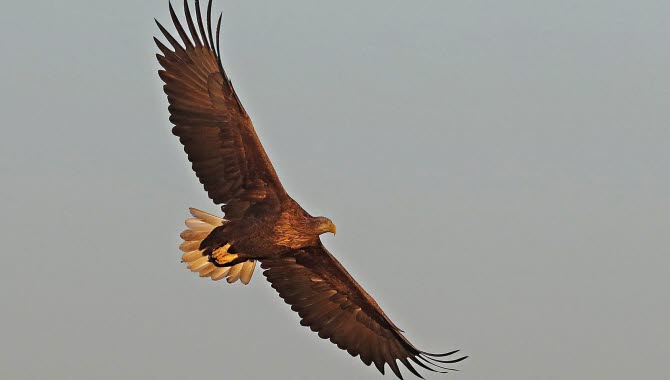 Known for its grebes

Lake Hornborga is not only an important spot for migrating birds, but also for breeding ones. Around 80 different species of birds breed in the surroundings of the lake. This means that they mate, build nests and raise their chicks here. In the lake, an additional 50 different species of wetland birds breed. During the spring and the early summer the lake is a vibrant nursery.

Some of the more famous inhabitants of the lake are the type of birds that are called grebes. You can frequently see all the five different types of grebes that we have in Sweden in the lake. The elegant black-necked grebe is one of the species that breed here. It is rare in Sweden and it usually builds its nest together with the black-headed gulls in the lake. 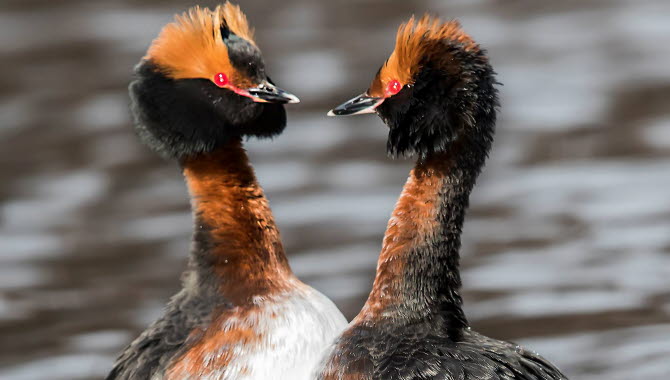 Sounds from the reed

During the spring the bird song is echoing over lake Hornborga. After a winter where hibernating white-tailed eagles and golden eagles are the biggest attraction by the lake, the spring is a different kind of time. A lot of birds return to the lake to breed here. The thrush nightingale sings in the brushwood around the lake, and from the reed you can hear both eurasian reed warblers and great reed warblers.

In the rolling agricultural landscape around the lake you can hear both the curlew and the skylark. The skylark is a yellowish brown bird with long legs and a long beak. To hear the skylark’s flutelike sound during a spring night is an experience to remember. 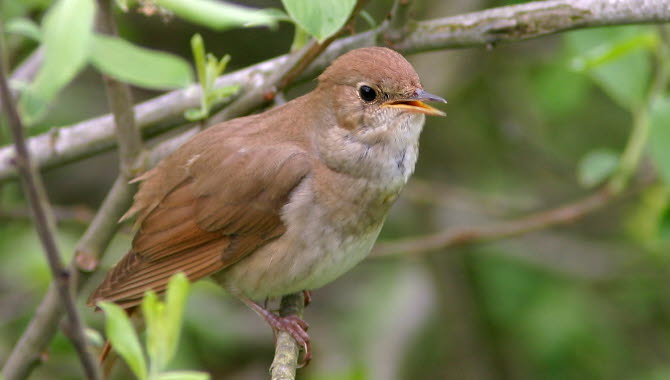 The black tern is another of the many bird species that breed by the lake. They thrive in lakes where they can find a lot of vegetation which means lake Hornborga is the perfect spot for the elegant bird. With its grey wings and its black head it really stands out among its white relatives. By lake Hornborga you can see how it, much like a swallow, flies and catches bugs in the air. It also likes to eat small fish.

If you want to read more about birds that have been spotted in the area, visit Länsstyrelsen Västra Götaland’s website. https://www.hornborga.com/nature/birds/