A church with roots dating back to the Middle Ages

St Helena’s Church is in the centre of Skövde, and is named after Skövde’s patron saint, St Elin (or St Helena, as she is also known). Here, visitors can sit in silence for a while, light a candle or say a prayer. The church stands on mediaeval foundations, but the current building was built in the late 18th century, after the great city fire of 1759.

St Helena’s Church is centrally located in Skövde, and is open daily to all those who want to come in and enjoy the peace and quiet. Here, old meets new in a harmonic style. The exterior presents an older building with roots dating back to the Middle Ages, while the bright and modern interior was last renovated in 2013. You can attend both services and concerts at the church. The church has room for 375 people.

In 1164, St Elin was Sweden’s first female patron saint to be beatified. It is said that her burial chamber was located in the oldest part of the church. To the left of the chancel is a 15th century iron gate, beyond which can be seen a glass window in the floor. This conceals steps that led down to the burial chamber where St Elin’s remains are believed to have been preserved. The statuette of St Elin outside the church was created by Astri Taube during the 1950s. 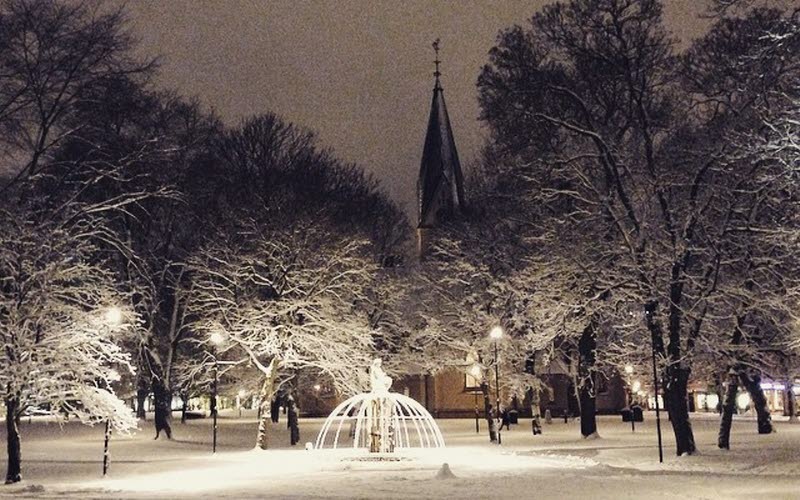