A journey through time

Skövde and its surroundings are a mix of old and new, and people have lived and worked here since time immemorial. Come on a journey back through time and discover places from the past. Here are eight suggestions for those who enjoy history and beautiful architecture.

ST HELENA’S CHURCH | The majestic St Helena’s Church rises up in the heart of Skövde. Despite standing on mediaeval foundations, the current church was built in the late 18th century. When Skövde burnt down in 1759, much of the old church was lost. Inside, you will find a light, modern church and a true experience of old meets new. 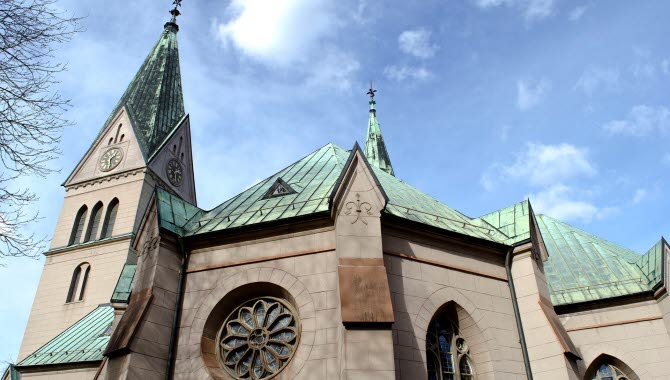 VÅMB CHURCH | The church in Våmb is the oldest and smallest in Skövde. It was built in the mid-12th century in Romanesque style, and is now one of Sweden’s best-known Romanesque churches. With its well-preserved mediaeval character, the church retains many 13th century details.

The church is open during the daytime in the summer. Visits can be booked here at other times.

ASKEBERGA STONE SHIP | These 24 large stones make up Sweden’s second largest ship tumulus. This mysterious monument is located near Tidan. It is unlike anything else in the country, and no one has yet been able to come up with a good explanation of its purpose. 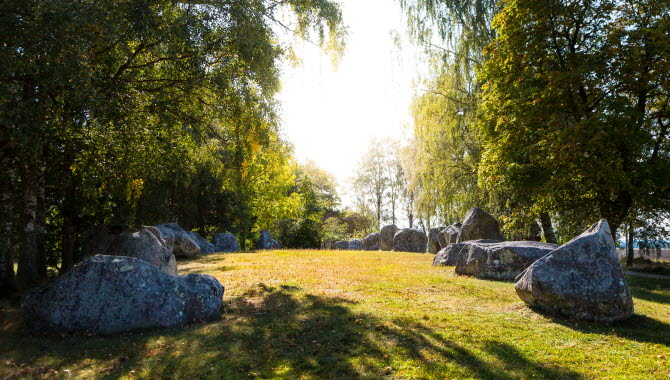 HORNS TEGELBRUK | Just 20 minutes outside Skövde, directly south of the small church village of Horn, is the Horns Tegelbruk brickworks. The Swedish National Heritage Board has deemed this to be one of Sweden’s best-preserved old brickworks in operation today. Signboards around the old brickworks describe its fascinating history, and the atmospheric location is popular with photographers. Don’t miss the small museum, which is always open and tells the story of what is made here. 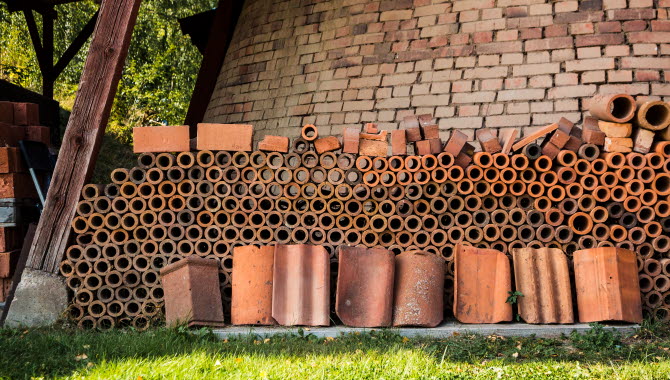 VALLBY SÖRGÅRDEN | There is a real sense of history at Vallby Sörgården Cultural Reserve in Tidan. This preserved 19th century farm is a living example of cultural heritage, and many activities are arranged here during the summer months. You can pile hay on the drying racks, take a guided tour or relax with a cup of coffee at the Undantaget cottage. Take a historic walk across the farm’s traditional land at any time of the year, and discover an Iron Age burial field and Skövde’s only runestone. 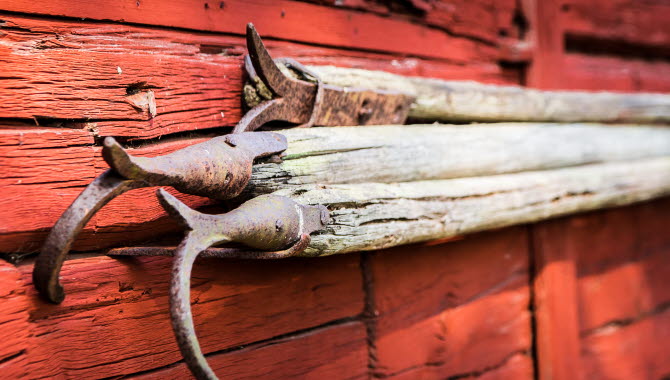 VAHOLM COVERED BRIDGE | Vaholm Covered Bridge crosses the River Tidan. This is thought to be the only bridge of its kind in Sweden, and conjures up images of the beautiful covered bridges of Madison County. It makes for an ideal excursion on sunny days, when the bridge is reflected in the still waters of the river. Why not bring a picnic and enjoy the view of the river?

The bridge is on Skaraborg Culture Route, a brown and white signposted tourist route that stretches from Tidan to Karleby near Falköping. 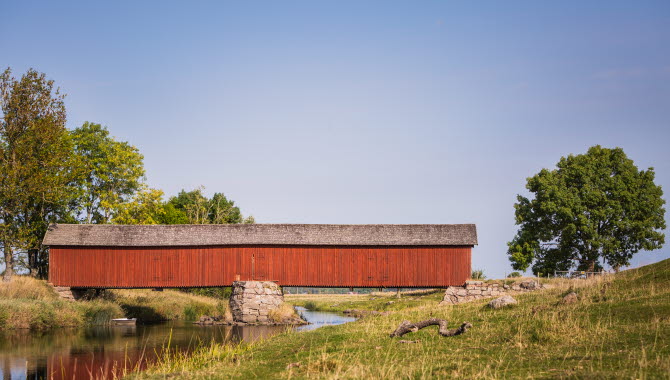 HELÉN’S PARK | The green oasis of Helén’s Park is tucked away in the centre of Skövde. Here you will find Skövde’s oldest building, Helén’s Cottage – the only building to have survived the great city fire of 1759. The compact park is surrounded by several old buildings that have been moved here, and that are now home to a café, a fair trade shop and a craft centre.

You can find out more about Helén’s Cottage via the historic buildings tour in the Skövde Streetmuseum app. Download it for free from Google Play or the AppStore.

KING RANE’S MOUND | In the countryside surrounding Skövde, Skaraborg Culture Route winds its way past some of our most interesting cultural and historic landmarks. One of these is King Rane’s Mound, one of Skaraborg’s larger Younger Iron Age burial mounds. 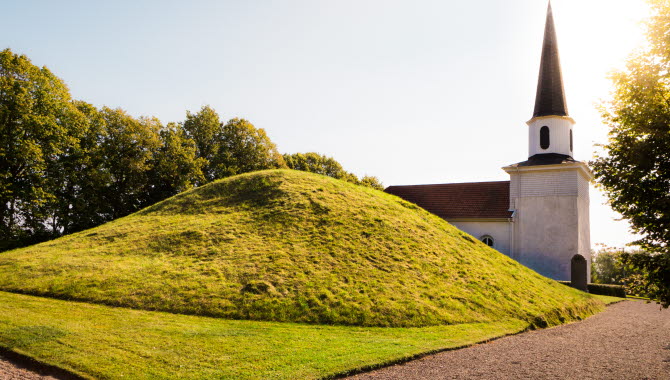