History of the mill

The mill was founded as ironworks in the late eighteenth century and closed down in 1884. It started again as a paper mill in the early 20th century. The final closure of the mill took place in 1978. The mill has since then been preserved and has been filled with small industry, construction workers and artisans during the year. It is now famous for its art cooperative Not Quite.

Not everyone is allowed to give their name to a place, but several of the owners of this mill have been given their name the mill and the village. The first was Christopher Sahlin who founded an ironworks here in the late 18th century. The mill got its name after his wife Lisa - Lisefors.

Johan Fenger-Krog took over Lisefors Mill in 1901 and converted the ironmill into a paper mill. He renamed the village to Fengersfors and founded Fengersfors Mill AB.

The paper mill was successful thanks to ocean paper. A moisture resistant paper for outdoor use. But when plastic became an obvious choice, the world exports of ocean paper disappeared. In 1968 the mill went bankrupt. In 1978 the mill was closed for good. 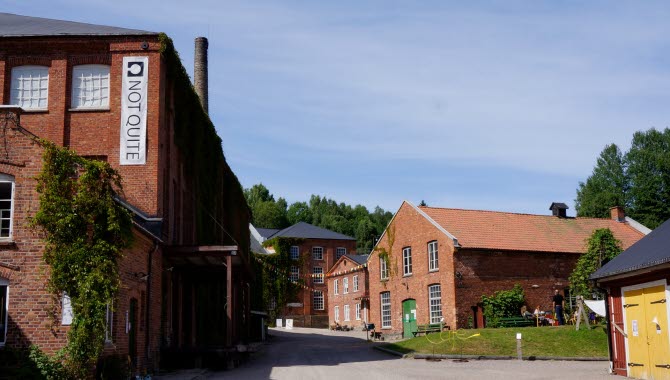 Since 2002, a lively cultural center has been under construction at Fengersfors Mill. The old paper mill has created the conditions for all kinds of creative, work and exhibition spaces, café and shop where everyone can enjoy the seething creativity in the small village in the middle of Dalsland.

In 2015, Fengersfors Mill was awarded as the award Industrial memorial of the year. The utility is very well-preserved and many of the machines are still there. There are several information boards with stories and facts about life in Fengersfors over the centuries.