Take a stroll down the gravel roads at the churches of Hjo!

In the town centre, you will find the youngest of all our churches, Hjo church. It was built in the late 18th century. The older churches are to be found out in the countryside. Drive or cycle to the stone churches in Grevbäck, Korsberga and Fridene, or visit Hjo’s oldest medieval church in Norra Fågelås. West of Hjo in Mofalla, you have the opportunity to visit a cosy little wooden church which dates back to the 15th century. A good tip is to also visit one of the churches around Christmas. Perhaps a midnight Mass in the wooden church in Southern Fågelås, which dates back to the early 17th century. 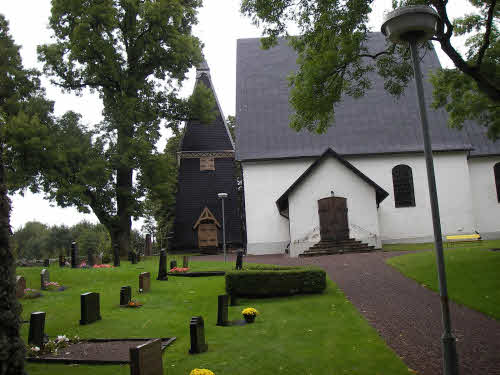 Grevbäcks Church is located about seven kilometer north of Hjo. It is a medieval church with the oldest structural part presumed to be built in the early 1300's. Unfortunately, the exterior has lost a good deal of its original character through the extensive renovations and expansions conducted primarily during the 1600's and 1700's. The beautiful pulpit in Baroque style was donated in 1683 by the then owner of the nearby estate Ekhammar, Johan Hård and his wife Carin Stacke. 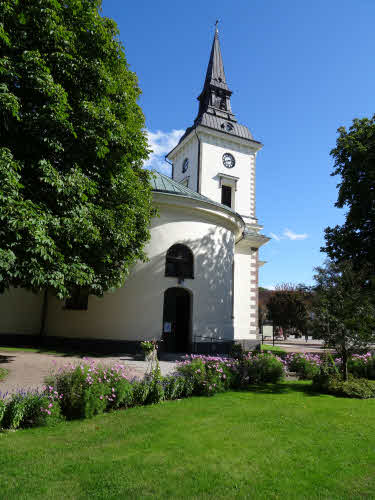 Hjo church is over 200 years old. The city's first church is said to have been built at about the same place in the late 1200's. The old medieval church was burnt down in fire on August 3 in 1794. Only a few items were saved. The current church was built immediately after the fire and is very simple and stylish in its design. The current spire was added at a renovation in 1900. The copper roof was replaced in 1997. 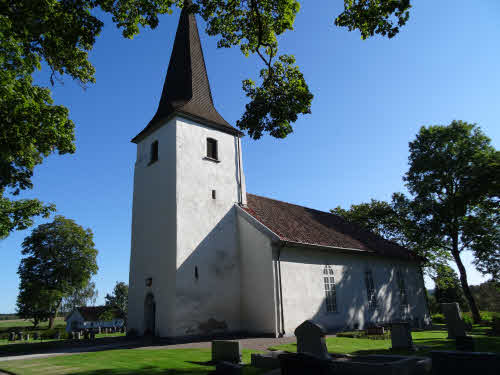 A beautiful church with a long history located outside of Hjo,  christening font from the 1100's, tower from the Middle Ages and other building from the 1800's. Only the tower remains of the medieval building. The other elements of the building are built in 1802. The interior in the style empire have been preserved. The church also owns some valuable ancient literature. 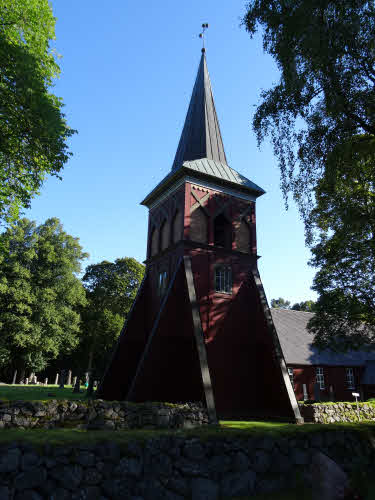 Southern Fågelås church dates back to the 1600's. The church has been restored several times, and by the original paintings , only the chancel ceiling paintings remain. The church finest fixtures are from the end of the 1600's. These include the altar set from 1683. The middle part now occupies a painting by the artist Simon Gate, who descended from Southern Fågelås. 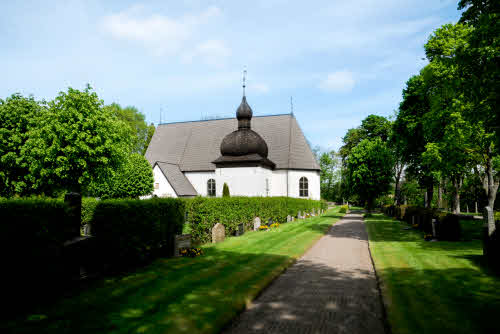 Northern Fågelås church is the oldest church in Hjo dating back to the 1100's. It was first mentioned in writing in 1225.  Through the centuries, the church has expanded and changed. Of medieval objects include the beautiful altar crucifix from the early 1400's. The church walls occupy a lot of epitaphs and plaques of prominent people who lived in the parish mainly during the 1600's and 1700's. The church was restored completely in 1994. 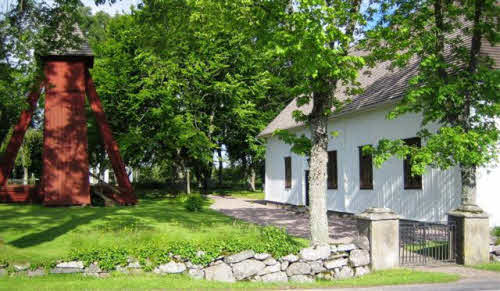 This little wooden church is located by the road between Ebbetorp and Tibro, about 10 km from Hjo. Its oldest parts date back to the late half of the 15th century. It has been extended and restored several times, 1730, 1846, 1910 and 1953. During the 1730's restoration the weapon house was moved from the south to the western wall. A balcony was made in the west part of the longhouse. The next restoration was done in 1845. The inside of the church got wooden panelling, the inner roof with its paintings was taken down ant the timber from it came to use on the roof. The old altar set was replaced by a gilded wooden crucifix. In 1910, the old floor and the old beaches were replaced with the present ones. The windows of the chancel were built into the walls. The most recent restoration was quite large and started in 1952, ready in 1953. The architect was Ragnar Johansson from Stockholm. 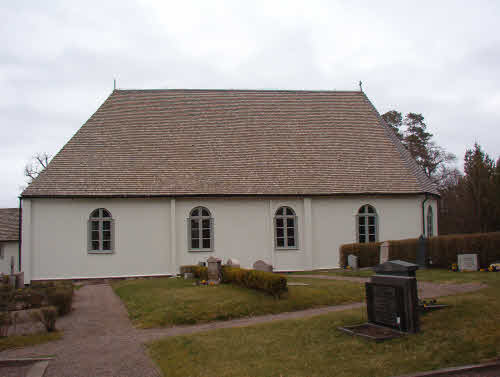 Korsberga church was built in the mid-1600's. It is situated in Korsberga, about 14 kilometer west of Hjo. The sacristy belongs to the oldest part of the church and dates back to the Middle Ages. The pulpit and altar decoration is from the 1600's. The church contains some medieval wooden sculptures, a Madonna from the 1100's and an apostle from the early 1400's. In addition, there is a well preserved censer from the romanesque period.

Would you like to know more about what to do in Hjo? Don't be shy - contact the Tourist Information Center in Hjo and they will help you out, click on the link and you'll find the information you need.