The heart of Bohuslän

Uddevalla is situated in the heart of Bohuslän’s inner archipelago, surrounded by smooth rocks, sea and mountains with lush forests - and it's all just one hour north of Gothenburg. Experience breathtaking boat trips, walk to historic viewpoints and swim with a sense of immersion in history.

The people of Uddevalla take great pride in the promenade along the coast, and with good reason. The wooden decking meanders dramatically around steep cliffs along the shoreline all the way from Skalbankarna in east Uddevalla, through the centre and out along the coast to Lindesnäs. The magnificent Uddevalla Bridge has become a famous landmark in the city, spanning the calm waters of Byfjorden. Its two bronze pylons, covered with prisms, stretch 149 metres above the ground, so it is impossible to miss the bridge when you visit the city. Since its inauguration in 2000, it has been many photographers' favourite motif all year round, from all possible angles and in all weather conditions, and it has even been commemorated on a stamp. 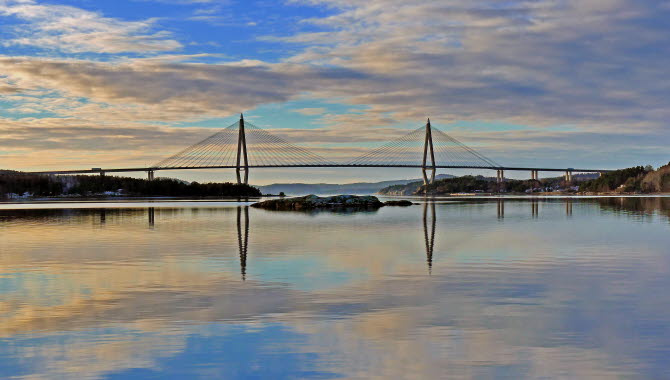 Where everybody can enjoy nature at its best

Walkers will find a wide range of lovely paths in the area around Uddevalla, including the magical Bohusleden and the dramatic coastal path, Kuststigen. Other activities include kayaking, cycling or climbing arranged by Upplevelsebolaget.

What else is on offer? Take a tour to the breathtaking landscape around the fjord in one of the hundred-year-old archipelago boats. The Bohuslän archipelago is the perfect place to savour fresh seafood in its own environment; quite simply, an unforgettable experience.

A favourite stroll is along the shoreline to Gustafsberg, Sweden's first bathing and health spa. Soak up the historic atmosphere of the royal spa and stay at the old heated baths or the spa hotel, which is now a hostel. 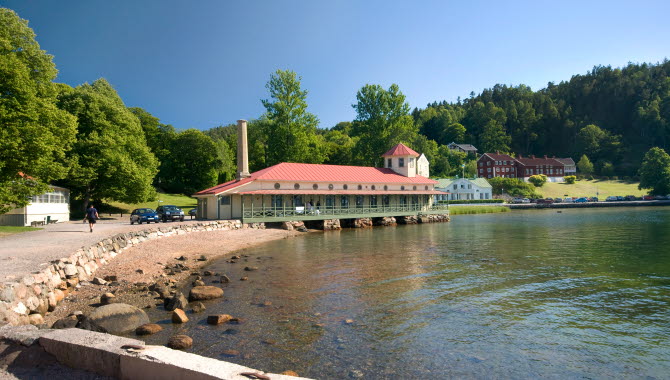 Stroll around the well-preserved buildings from the 18th and 19th centuries, take a dip, enjoy the view and relax with a coffee in the lush spa park. There are many nice cafés in the city centre too, with home-made cakes and good quality coffee.

The spa tradition is alive and well at several of the city’s hotels, where you can relax in jacuzzis and saunas. Other options well worth trying are sun therapy and herbal oil baths at Bohusgården Hotell & Konferens, and the relaxation area at the Best Western Hotel Carlia.

Largest shell banks in the world

It's a very impressive experience walking on the residues of shells from animals that lived here over 10,000 years ago. In fact, Uddevalla is home to the largest shell banks in the world. When the famous botanist Carl von Linné visited the town in 1746, he said, “The shell banks are one of the wonders of Bohuslän". Drop in at the small Shell Bank Museum, and if you have time, try to visit the Bohuslän Museum with its art museum and exhibitions about the fishing industry and the history of the spa town. 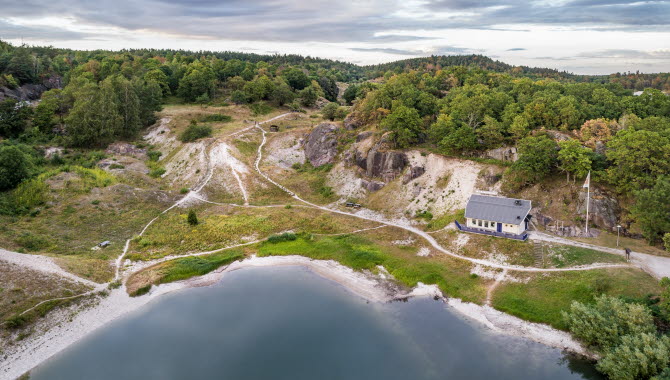 Thank the Norwegians for the name!

The history of Uddevalla is really fascinating. The city has changed its nationality no less than seven times, and its inhabitants have alternately belonged to Sweden, Norway and Denmark over the centuries. It was the Norwegians who named the city Oddevall in 1498, and they also gave Byfjorden its present name. During the second half of the 18th century, Uddevalla really boomed during the rich herring period. Despite several serious fires, the last in 1806, the city has always recovered. Uddevalla's second golden age was in the 1950s when shipbuilding flourished, and it is now the largest city in Bohuslän - a successful trading town with a rich commercial sector.