For many of its visitors, Fjällbacka is a genuine archipelago idyll with sea winds and wonderful summer nights. Ingrid Bergman was among the many people who have enjoyed the calm of the island. The author Camilla Läckberg has a special affinity for Fjällbacka, which is a backdrop in her detective novels about the Fjällbacka murders.

Fjällbacka is a small fishing village in Tanum municipality, northern Bohuslän. The place takes its name from the large mountain called Fjället, which overlooks the village. The old part of the village with its picturesque archipelago buildings lies at the foot of the mountain by the sea, while the more recently built part is located in the fields further inland. Fjällbacka archipelago lies just off the coast, and far out to the west are Väderöarna.

Admire the view of the archipelago

There are several good options for food and accommodation in Fjällbacka. The walk along the quayside is very popular, but to really appreciate the history and beauty of this coastal area there are a number of spectacular viewpoints. From Vetteberget, which towers over Fjällbacka, you have a fantastic panorama that includes the archipelago and the mainland. 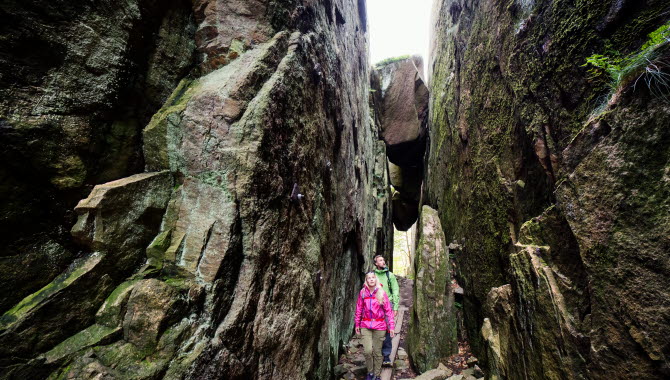 This is where you find the famous Kungsklyftan, which was one of the settings in the film adaptation of Astrid Lindgren’s Ronja the Robber's Daughter. A little further inland, from Öneskymta by Kville, you can see Väderöarna, Hållö and as far as the Norwegian mountains in clear conditions.

There are several nature reserves in Fjällbacka which are all worth a visit. Hjärterön is a heath with rocky patches and not much soil in parts, but also has meadows with very diverse flora. On the east side of Hjärterön you can visit the historical captain’s farm and its herring magazine. Veddö Nature Reserve is on a peninsula a few kilometres north of Fjällbacka - a beautiful oasis for those in need of a dip either off the beaches or the rocks. A beautiful footpath takes you round the whole of the rocky peninsula. 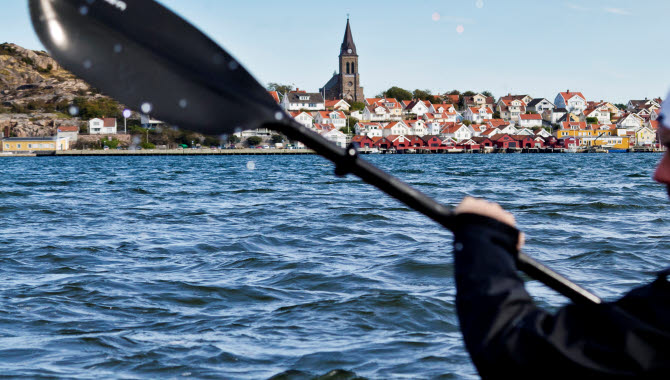 The liveliest fishing village in the county

The development of Fjällbacka was largely due to the great herring period of the 1750s, and by the mid 1800s Fjällbacka was known as the county’s busiest fishing village. The fishing trade was of great importance for Fjällbacka at this time, and it became a trading centre for the surrounding countryside and archipelago. Fishing, salting, herring oil and canning industries were a major part of the islanders’ livelihood. It was the canning factory here which invented what we now call "anchovies". The stone processing industry became very important for the area between 1890 and 1940. There were quarries in several places nearby and the ruins of a powder building at Slaktarudden by Sälvik bear witness to this bygone era. The village is perhaps best known these days thanks to the queen of crime stories, Camilla Läckberg, who was born in Fjällbacka and has featured the island in several of her detective novels.