Traffic-free island that changes character with the seasons

Narrow streets with white wooden houses, bustling piers and swimming from smooth rocks. Käringön is a wonderful, traffic-free island in the Bohuslän archipelago that gives its visitors seaside calm and memorable experiences.

A lively place surrounded by the sea

From Tuvesvik, one of the western outposts on the island Orust, you can take a passenger ferry to Käringön all year round. After a 40 minute passage past seal colonies and skerries, the wild and barren island appears with its numerous small wooden houses clinging to the hillsides. There is constant activity along the pier: people buying goods in the well-stocked grocery store, at the fishmonger’s or in the small summer shops. The U-shaped guest harbour is known for its protected position and friendly atmosphere. 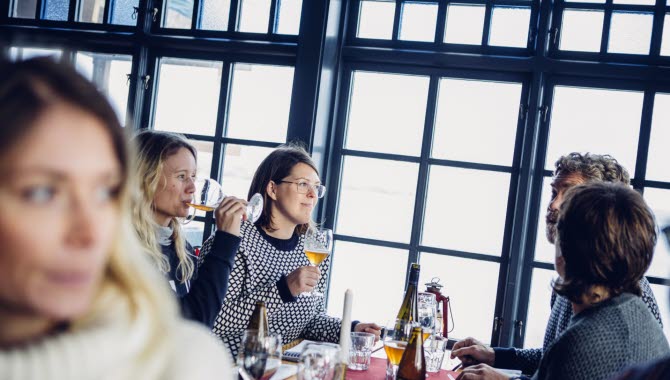 There are cafés and eateries on the quayside, including Peterson's Krog that serves seafood delicacies in a genuine Bohuslän setting. You feel like you’ve travelled back in time as you walk through the narrow streets. The silence and calm of nature slowly takes over as you leave the bustling energy of the harbour behind. 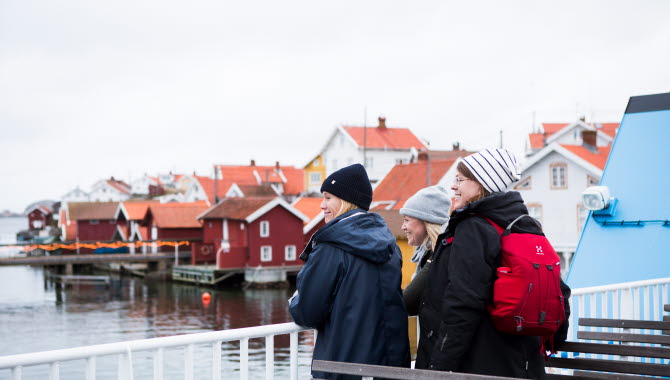 Once out of the built-up area, the great outdoors welcomes you with its rugged rocks, islets and small paths leading to swimming coves and viewpoints. Beach life on Käringön caters for all possible tastes. Öviken, which is closest to the harbour, has pontoon piers and a trampoline for older children. The south side of the island has a traditional bathing house with small piers, steps into the sea and sheltered sunbathing spots. Barnbadet is also on the south coast and offers child-friendly swimming with its shallow cove and soft sandy beach, ideal for paddling and splashing. The lido for nudists,  Friluftsbadet, lies on the south-west tip of the island and has separate bathing times for men and women.

Experiences all year round

No matter which season it is when you visit Käringön, there are always new experiences and discoveries to be made. Stay at Käringöns Logi & Bastu and revel in the sauna in a cold winter’s evening, run barefoot over the smooth rocks during the summer, go on a lobster-fishing tour in the autumn or celebrate the new year with champagne and oysters, followed by a bracing dip in the winter sea. 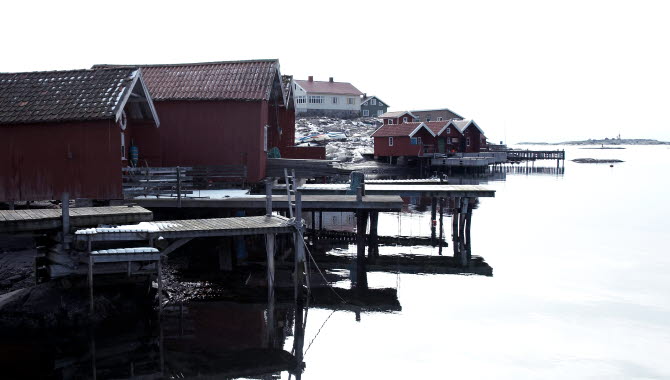 Historically, Käringön used to be a fishing community and the island was permanently populated as early as 1596, when some fishing families came here to seek their fortune. The village expanded quickly during the herring epoch in the 18th century, reaching a population of more than 300 inhabitants. This was to double in the 19th century. The island's name probably came from the Swedish word “käring”, which means a small stone tower or cairn used as a navigation beacon, with a torch originally placed on it in the night time. Every house on the island has its own character and story, handed down through the centuries. The houses are lovingly kept up by the summer population, who are in a majority as house-owners on the island. In the middle of the barren island is a church, surrounded by lawns and colourful flowerbeds, fruit trees and shrubs.