The history of Ulricehamn

A brief summary made by Ulricehamn Tourist Office

The city of Ulricehamn or its original name Bogesund was mentioned in the preserved text Erikschronicle as early as 1307.  In the Erikschronicle the fights between the Danish king Erik Menved and the dukes Erik and Valdemar are described. There are no preserved city privileges but there are documented deeds from the 13-14:th century that indicates that it did exist craftsmen and common men during that time.

The city of Bogesund was already a city during the middle ages. We can be sure of that because the oldest extant cachet with the city arms is dated to the late fifteenth century.

All ancient arkeological discoveries in the area around the city proves that there has been living people here for thousands of years. The oldest finding is the so called Bredgårdsmannen that was found in a bog in Marbäck situated south of Ulricehamn. Bredgårdsmannen was dated to have lived here for more than ten thousand years ago. 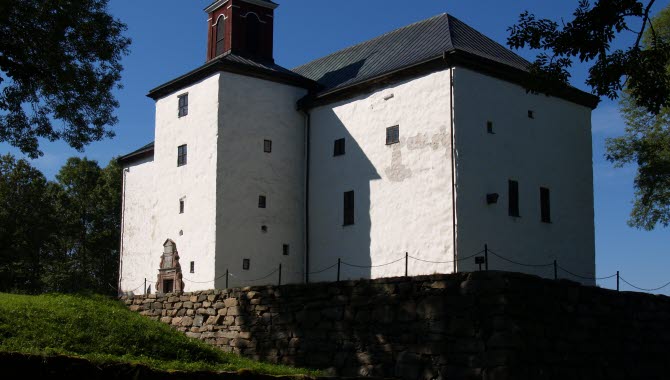 During the Middle ages the border between Denmark and Sweden was situated close to Ulricehamn. To be able to protect us from the Danish threat a lot of rich farmers built stone buildings which worked as protection. Today there at two preserved stonebuildings from the Middle ages, Torpa Stenhus (Figur 1) and Vinsarps Säteri.

Numerous ruins and arkeological remains of old residences indicates that there has been worrisome times here.

During the 16th century the Danish king Kristian the second tried to occupy Sweden. On his way up to the Capital Stockholm he met Sten Sture den yngres army of farmers on Åsunden the 19th January 1520.
At Skottek, a few kilometres south of Ulricehamn the Swedish army suffered a terrible loss against the Danish army of mercenaries. The regent Sten Sture was badly wounded by a cannonball which hit his leg. On his way to Stockholm he unfortunately passed away in his sledge on the ice of Mälaren.
After Kristian the seconds win on Åsunden in the battle of Bogesund he got crowned Swedish king in November 1520. But he would not be prolonged on the throne.

After the bloodbath in Stockholm were 80 important Swedish men got executed a riot started in Sweden which led to Gustav Vasa taking over the throne from Kristian II 1523. Bogesund had problems with the kingdom at this time because that Vasa did not appreciate the trading market with Denmark that was very important to Bogesund. 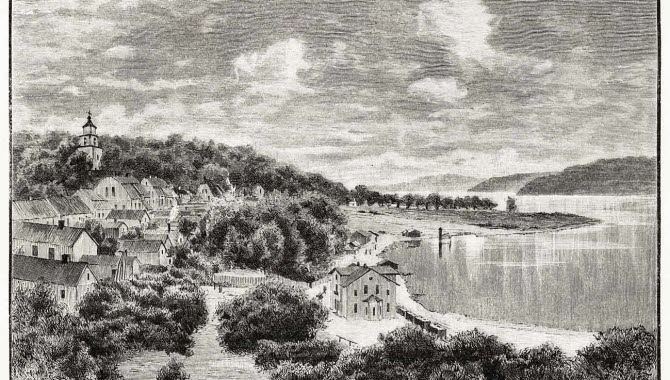 When Vasa ruled over Sweden Bogesund was residence for the families Tre Rosor and Stenbock. These names can today be found on both schools and streets around the city. 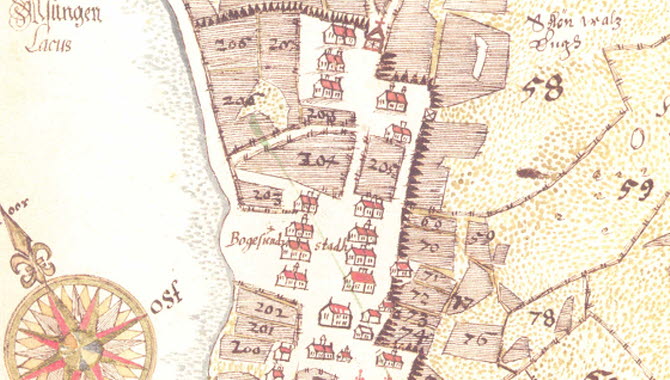 The first map over Bogesund was painted by Kettil Classon 1643. It is possible to distinguish the big square, church, the city hall and the fence that enclosed the city core.

Bogesund changed its name to Ulricehamn 1741 as an attempt to get the queen Ulrika Eleonora to give Ulricehamn trading privileges thus to the lost of these privileges a couple of years earlier. The privileges allowed traveling with goods to other places with stock.

1788 the city was partially burnt down. It was caused by a thirteen year old boy who disobeyed the prohibition to light candles at night

During the restoration of Ulricehamn (after the fire) some houses which still stands today was built. For instance, the court-house, the building where the present bookshop lays and the house where Café Torgstallet is situated. Those buildings are some of the oldest maintained buildings in Ulricehamn.

Knallarna, the west Swedish salesmen was of great importance for the region around Ulricehamn during the late 18th - and mid-19th century. A lot of salesmen set out from Ulricehamn. They contributed to the growth of the city.

The industrialism started during the 19th and 20th century leading do drastic changes around the city. Railroads, electricity, water supply, and sewage were installed in Ulricehamn during that time.

The fresh air on the city’s highest points was considered to be good for the common health. Already at the end of the 19th century a summer sanatorium was at service. The establishment was formed to look like a park in the woods. There were room for treatments, sport activities and mingling. Around the main buildings small houses where build in the so called Swiss style. After the dissolution of the Union with Norway 1905 the sanatorium was expanded. The designers wanted it to be a good alternative to the Norwegian mountain hotels. 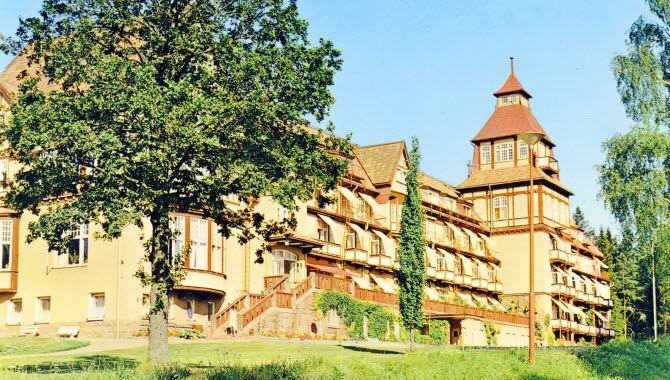 The construction of the Winter sanatorium was finished in 1910.  The rumour about the hotel spread across the country making tourist from all corners of Sweden to come visit Ulricehamn. The guests were transported with horse and carriage from the train station. A rail for a tram was tested in 1911 but the brakes could not handle the large differences in height which made the tram to derail. It was never tested again. 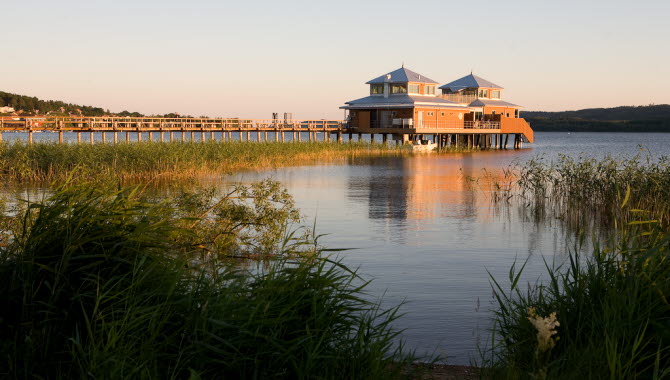 Several different bathhouses in Åsunden worked as complement to the business around the Winter Sanatorium. The tradition to swim in the lake when the water is cold is still popular. A new bathhouse where therefor built in 2008.

The winter sanatorium was torn down 1981 due to the high risk for fire. It was back then the biggest wooden building in northern Europe.

The railroad which went between Vartofta and Ulricehamn was built in 1874. The last train tock its route 1985. Today the railroad is a popular, car free bicycle- and walking track. The distance between Ulricehamn and Tranemo is a part of the 150 km long bicycle track Sjuhäradsrundan.

The textile industry is the industry most associated with the community around Ulricehamn during the 20th century. In Gällstad the sticking machines were working at full speed at this time. Heritage from this time can therefore be found as successful textile brands as Seger and Ivanhoe.

In 2007 Ulricehamn celebrated its 700th birthday as a city. A 700 meter long cake was served at Storgatan, putting the city in the Guinness world record book for longest cake.