A cycle/walking track in varied nature

Experience the nature that inspired Colin Nutley to make his trilogy Änglagård. 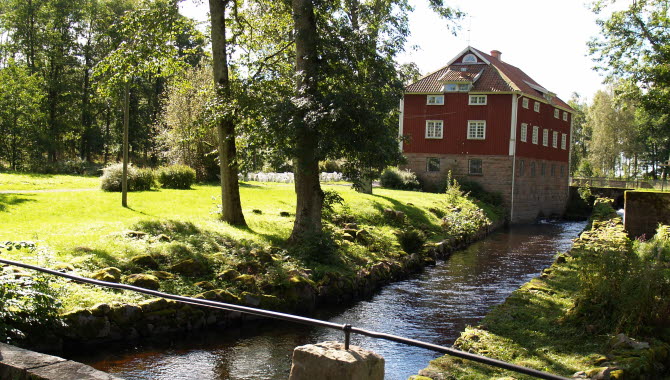 Colin Nutley's love affair with Liared began when he spent time here with his former wife whose family came from Liared. The little village, a little bit outside the center of Ulricehamn. Here did the people of Liared live completely unaware that they would be the backbone of an entire Änglagårds triology. The life in Liared and the mystery surrounding Gerda Stomberg became the source of inspiration for the community Yxared and its inhabitants who were recorded here in Ulricehamn. For Colin, Liared appeared as the mindset of a small Swedish society, which also reminded him of the English countryside he himself grew up in. Colin himself believes that if he had not come to Liared he would never have made Änglagård.

The 37 kilometer long trail runs mainly on small country roads, city roads and forest roads. Very varied nature. Wind protection along the trail and good accommodation along the way at Gudebo Gård and Årås Kvarn. The grill tray at Årås can be used.

Press here for Google Maps for service and interesting stops alonside the road. You can find a printed map at Ulricehamn Touristinformation, Ulricehamn's Library and Årås Kvarn.