Section 25 of the Bohus Path takes you 11.5 kilometres across the municipality of Strömstad. In many places you get a magnificent view of the Bohuslän forests and the glittering sea in the far west.

The first part of the section is on the old customs road, where customs officers once patrolled the Norwegian border. The patrols started after the union was dissolved in 1905 and ended after the Second World War.  The terrain becomes more challenging after a while and the path goes along the ridge between the two lakes, Husebotjärn and Sandvatten. The views are stunning in places, including glimpses of the sea to the west.

There is a nice swimming area by Sandvatten and a shelter with a barbecue. The path takes you into more hilly terrain and gives a beautiful view of Idefjord before it slopes steeply down towards the water. You walk a short while along the shore of Idefjord before turning sharply away from the beach. The Kuststigen - coastal path - joins here and the two paths are combined for the remaining part of the section to Krokstrand.

The industrial epoch in Idefjorden and Bohuslän

Idefjord has always been important for the area and has united people on both sides of the water. The Norwegian town of Halden lies to the north along Idefjord, and Strömstad is just over twenty kilometres to the west. In the past it was often easier to travel across the water, or ice in the winter, instead of taking the long country road between the towns and there were many people who crossed the border - and still are, of course.

The town of Krokstrand was an important centre for stonemasonry from the late 19th century until the 1970s. Countless cargoes were shipped from here, including paving stones to many parts of the world. The town now stands as a monument of the typical Bohuslän industrial era. Among other things, this can be seen in the large quarry quay in the harbour, the dramatic open quarries in the countryside and Sweden's first community centre (Folkets Hus) from 1902.

This section is 11.5 kilometres.

It takes about 3 - 4 hours to walk this section (excluding breaks).

There are orange markers along the footpath on trees and poles, which makes it easy to find your way in either direction on any of the sections. At the beginning of each section an information board shows distances on a map with various symbols, as well as conditions regarding the right to roam (Right of public access). 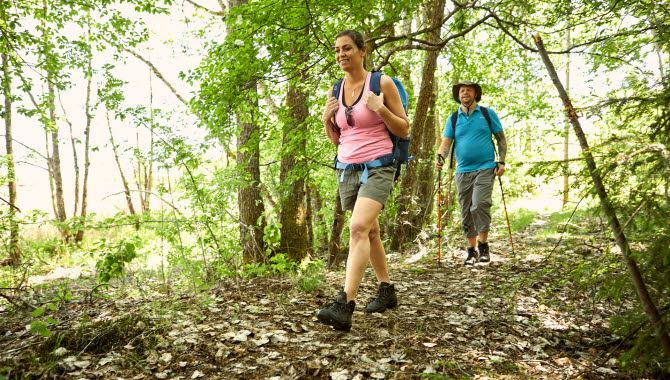 The path is classified as medium/difficult, with some parts difficult. It starts off on an easy forest path, then becomes more hilly, and the last part of the section to Krokstrand is on a country road.

You start section 25 in Håvedalen, where there are also bus stops next to the path. The Allemarksvägen and Håvedalen bus stops are about 600 metres from the start of the section. There are buses from Strömstad station that take about 30 minutes.

Section 25 is in Strömstad municipality, Norra Bohuslän. You can reach Håvedalen using public transport in about 30-50 minutes from Strömstad. Strömstad is less than two hours by car from Gothenburg or Oslo. The train from Gothenburg takes about two and a half hours.

A digital map of the path is available on Google maps. You can also find more information and maps on the Bohus Path website.