The Pilgrim Path in north Dalsland is a scenic long distance walking trail for the true nature lover. At times you’ll be treated to incredible views of the wilderness, in terrain that’s as dramatic as that of eastern Sweden’s High Coast.

The Dalsland part of the Pilgrim Trail stretches from Vänersborg in the south to Edsleskog in the municipality of Åmål, in the north. From Mellerud to Upperud the route is mostly along country paths and roads, passing a handful of medieval churches. In Upperud it changes character and becomes a really lovely wilderness trail. We recommend anyone wanting to experience the true primeval forest in Dalsland to explore the northern part of the Pilgrim Trail, which resembles the dramatic eastern High Coast in some parts. 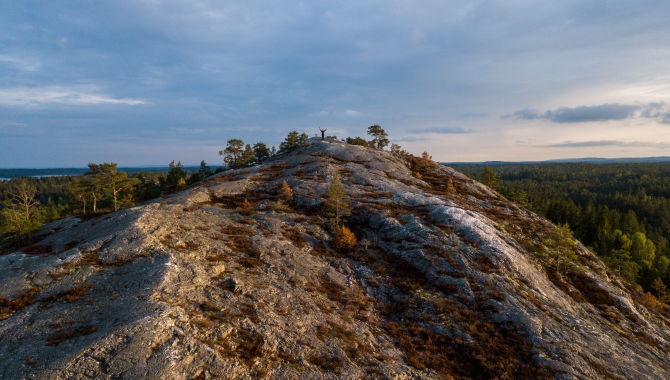 There’s a lot to see along the way, not least in the form of stunning scenery, with different types of woodland and many small lakes. Sometimes the route is relatively packed with roads, holiday cottages and other buildings. Other parts are characterised by active forestry, with clear-felled areas, fresh undergrowth, and dense conifer plantations. In between there are some fairly steep ascents to negotiate, but the view from the top makes it worth the effort. 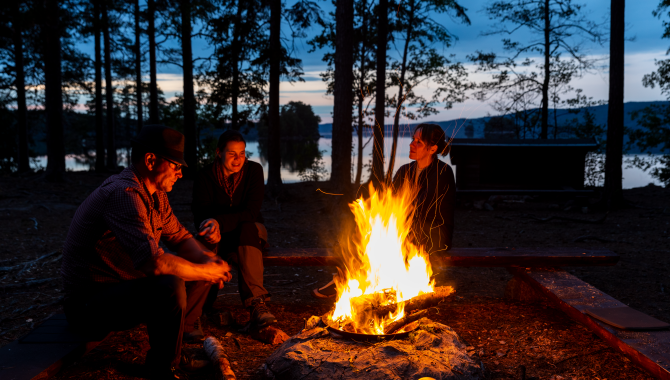 You’ll come across many historic landmarks along the route, from old dry stone walls and building remains, to several lovely 13th century churches, such as Holms Church in Mellerud. In Upperud, by the Dalsland Canal, you can have something nice to eat and watch the boats going through the locks during the summer months.

Accommodation along the trail

Along the northern section of the Pilgrim Path there are several camping spots with a fireplace and shelter where you can stay the night, making the trail equally suitable for trips of one or several days. There are also some hotels or hostels along the way, such as Upperud 9:9, a former grain store which nowadays houses modern hotel rooms. Just north of Upperud you’ll find the little town of Håverud, with its famous aqueduct, several restaurants and accommodation which includes Håveruds Hotel. 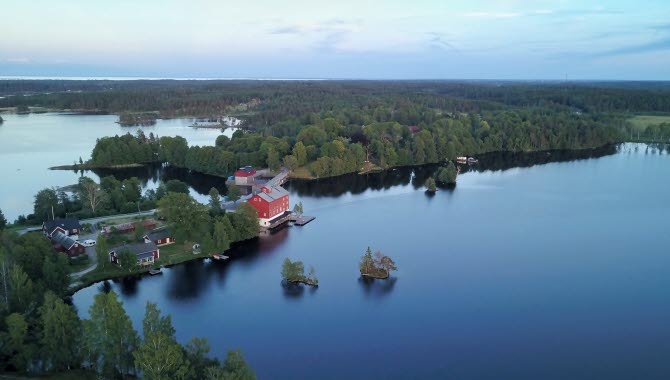 The cultural mecca Not Quite in Fengersfors is well worth the approximately 5 km detour from the path. You’ll find art, crafts, food and music here, all in a fascinating setting. Bed and breakfast accommodation is also available at Villa Weidling. Furthest north, in Edleskog, is Edsleskogs Wärdshus, an inn in a beautiful setting on the shore of Lake Edslan. Continue your hike from here by joining the Storspåret Trail that takes you on to Åmål.

The path takes approximately 4 to 5 days to walk, but this is of course dependent on the individual.

There are signs and orange waymarks along the path.

Overall the trail is classed as moderate but this is varies greatly depending on what part of the trail you are walking. There’s more detailed information about the different stages below.

You can start the walk in several places along the Pilgrim Path, and it’s easy to access by public transport if you want to walk a shorter stretch. Mellerud and Åmål are easily reached by train from Gothenburg, and there are several bus stops along the trail that are regularly serviced from Åmål and Mellerud. 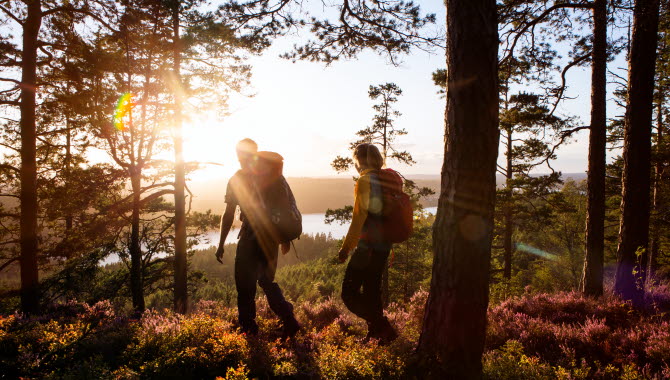 Dalsland is in the northern corner of West Sweden, with Norway and Bohuslän as western neighbours, and Vänern – Sweden’s biggest lake – in the east. In less than two hours by car from Gothenburg and Oslo you’ll find yourself in beautiful, stress free, natural surroundings. It’s easy to get there from Gothenburg by train, in around 1 hour to Mellerud and 1.5 hours to Åmål.