You might not have heard of the word fika but when you come to West Sweden you are going to love doing it, sometimes three times per day, just like Swedes.

The Swedish word fika means coffee or tea break with buns and biscuits and in Sweden it is a social institution. In factories and in offices, in schools and in hospitals Swedes take a regular fika break. Where to do it then? In cafés with friends and family is the short answer, but there is no shortage of good cafés in West Sweden.

Cafés are to Sweden what pubs are to people in the UK. And, unlike the Italians, Swedes do their coffee sitting down around a table in a local café. It’s where you get the local news, hear the chitchat and meet up with friends, family and colleagues. 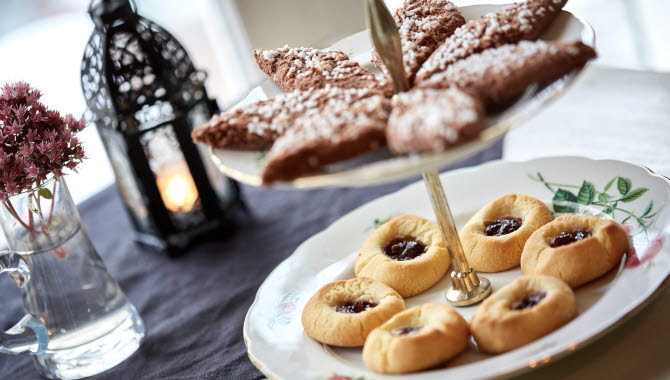 A classic Swedish fika is a cup of coffee ably accompanied by a cinnamon bun. If you don’t fancy coffee, there is always tea or juice available. And, as the seasons change so does fika; Christmas time gingerbread biscuits and saffron buns are de rigeur and come spring, almond paste and cream-filled buns known as semla and waffles are served. In summer, only strawberry tart and rhubarb pie will do, while in days gone by seven different types of biscuits and pastries were served in a fika. Now that most of us watch the carbs, one or at most two sugary delicacies are served. But hey, you’re on holiday, knock yourself out! 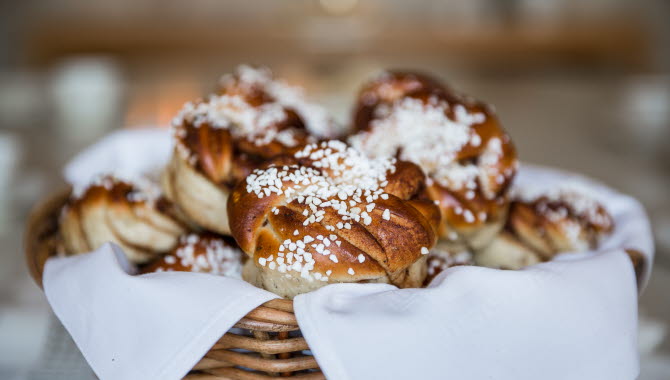 Guided Fika Tour in The Capital of Fika – Alingsås

You are never far from a quality café or bakery in West Sweden so join the locals for a fika – they will all be doing it. According to the White Guide, Sweden’s most respected and trusted restaurant and café guide, West Sweden is choc-a-bloc with great cafés and bakeries. Especially the town of Alingsås that lays claim to being the fika capital of Sweden with its more than 30 cafés, many of which are mentioned in the White Guide. You can go on a guided tour of them with a local expert who would be delighted to tell you all about the history of the Swedish fika. And, of course, you get to have a fika. 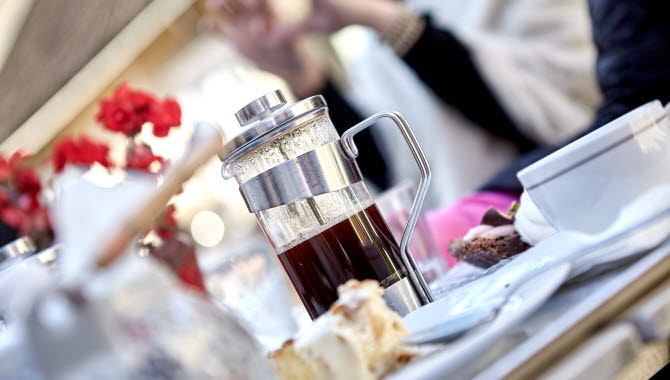