The Åsunden Trail is a 49 km long walk around Lake Åsunden in the borough of Ulricehamn. This varied trail goes through countryside characterised by farming and forestry, and passes two lovely nature reserves with beautiful views of the lake in several places.

The 49 km Åsunden Trail takes you round Lake Åsunden, through varied countryside with a mix of farming and forestry, and many lovely views of the lake to enjoy along the way. You’ll walk through the pretty deciduous woodlands at Korpeboberg and Kråkebo, which are also nature reserves. Korpeboberg lies just south of Marbäck on the east side of the lake.  Kråkebo is on Lake Åsunden’s north west flank. 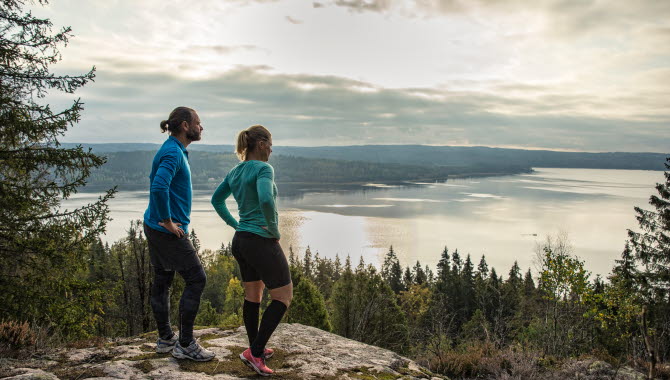 Along the trail there are plenty of picnic areas to rest weary legs, many with lovely views of the lake and its surroundings. There are also several places to stay along the trail, including campsites, bed & breakfasts, and hotels. Where the trail starts, at the north end of the lake you’ll find Hotel Lassalyckan, in a stunning natural setting, and right next to fell running and mountain bike trails, and ski runs.

About 2 kilometres from the trail lies Ulricehamn, with its beautiful position on the lake, and attractive town centre full of picturesque buildings, cobbled streets and tempting shops.  There’s a range of accommodation there to choose from, as well as cosy small town shopping and great places to eat. The southern part of the Åsunden Trail passes the little village Vegby, with a campsite and shop. Other accommodation nearby includes Ekelidens B&B. 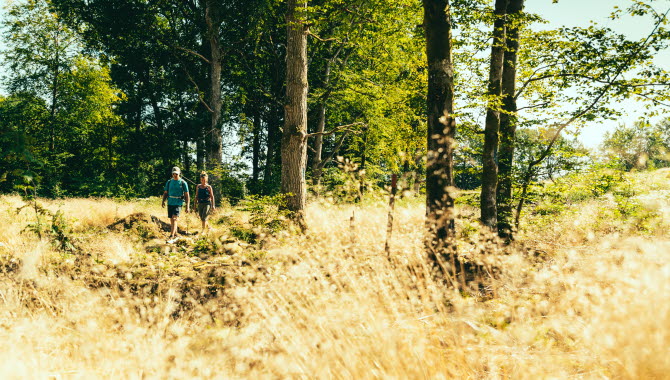 The trail is suitable for a two day walking tour.

The trail is marked with orange posts.

The trail is classed as moderate with some hard steeper parts. Walking surfaces vary, with forest paths and tracks, gravelled roads and some walking and cycle tracks and country roads. On the east side of the lake the trail is easily walked on mostly gravelled roads. The west side is very hilly, and walked mostly on nature trails, some parts of which are more demanding. 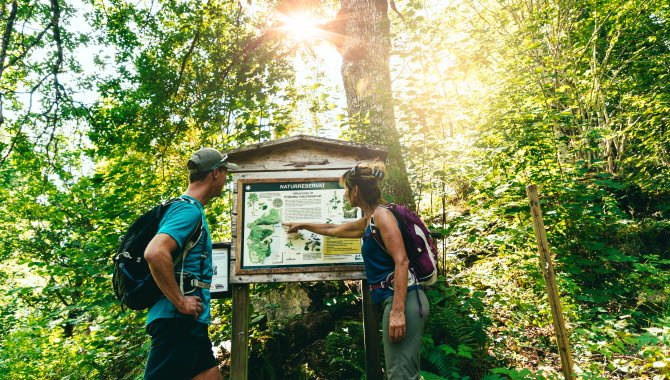 The Åsunden Trail in Ulricehamn is inland in West Sweden, between Jönköping and Borås. It is reached in around one hour by car from Gothenburg or just under 2 hours by bus.

A digital map of the trail can be found on Google Maps, and printed maps are available in the Tourist information Centre in Ulricehamn.