The great thing about micro-brewers is their enthusiasm for the craft of making beer that is so much more than a bland everyday drink. It’s undeniably a special thing to experience the wonderful aroma of hops in a perfect India pale ale, the chocolate smooth darkness of an Imperial Stout or the fresh headiness of a really good wheat beer. The other good news is that Gothenburg is the leading city for microbreweries in Sweden.

As you might guess from the name, Beerbliotek is a kind of a “beer library”, as well as producing new beers at an amazing pace. It released no less than 36 different varieties in the first year of its activities, and by now the number is over 200 and growing. The brewery is run by six friends from five different countries. It’s located in Majorna and opens the doors to its tap room every second weekend. You can also book tasting sessions for private groups or business events.

A Poppels beer is drunk on average every 20 seconds, but despite its great success this brewery has kept its heart and soul in artisan traditions. It is still the love of good beer that unites the team of brewers in Jonsered’s traditional factory setting. The brewery’s name is taken from one of Gothenburg’s great brewers from the 17th-century, Johan Casparsson Poppelman. Beerstination Poppels is set to open in 2018 with a bar, a restaurant and, in time, a small shop.

Claes and Annica Wernerson run their combined brewery and distillery, Qvänum Mat and Malt, in the centre of the barley fields of Varaslätten. It is certified by A Taste of West Sweden and produces natural beer that is intended to complement good food. The water comes from the farm's own well and the brewing takes place without any additives or filtration. This ensures that the beer is alive, and will change taste and mature over time. You can visit the barn where it all takes place - keep an eye out for their brewery and distillery evenings with tasting sessions, information and anecdotes.

Three friends, Martin Johansson, Mats Wessberg and Marcus Axberg, all enjoyed experimenting with new beer flavours as a hobby after their daytime jobs. Things have progressed from those early days and the relatively new Spike Brewery has now opened its own brewery pub. Feel free to drop in at the tap room, have a guided tour of the brewery and, of course, sample the modern range of beers with hops that really stand out from the crowd.

In the old factory blocks of Gothenburg on the north side of the Göta Älv, Vega Bryggeri is blowing new life into old traditions, adding curiosity and stylish labels to the brew. Sustainability is very much a part of their approach; the brewing equipment was constructed by a local welder and the company manages its own logistics to save the environment as much as possible. Every other Friday you can eat and try out new beers in the tasting bar on Ringön, with a view over the building cranes and Håkan Hellström’s favourite stroll along Gullbergsvass. 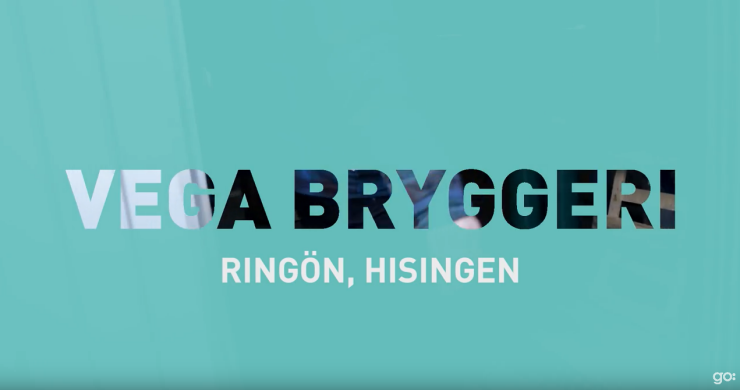 Dave Barratt is the Englishman who runs West Coast Bryggeri, and in common with many others in the industry he has the right background as a passionate hobby brewer. What finally made him decide to take his beer to the market was the chance of letting others enjoy something different. His aim is to offer beers that suit every occasion and inspire people to test beers outside their comfort zone. Welcome to drop in at the brewery for a guided tour - you only risk being swept off your feet by all the wonderful flavours.

Gothenburg - the leading city for microbreweries

Brewing and enjoying beer is not exactly a new trend in Gothenburg - when the city was founded in 1621, breweries were very much a part of the culture. That was the case until the start of the new millennium when the city's last brewery, Pripps, was bought by Carlsberg of Denmark, who then moved production abroad. There were no limits to the suffering of Gothenburg’s beer enthusiasts. What were they to do? Would they forever have to drink Danish beer?

The change that everyone had hoped for

Fortunately, the grieving Gothenburgers did not have to suffer for too long, and the past decade has seen a renaissance for small-scale artisan brewing - often known as craft beer. Even though the trend toward micro-breweries started on the American west coast, it has really caught on in Sweden where the number of breweries increased from about 30 to 300 in the period between 2007 and 2017.

So now, after many decades of mass production, a change has taken place on the Swedish beer market. Micro-brewers, with their love of the craft and sense of high-quality raw materials, finally have the status they deserve - and not a day too soon, if you ask us! The thriving beer scene in Gothenburg has catapulted the city to the beer capital of Sweden, and several brands have attracted attention on the international scene.