Brommö is a beautiful island in the Vänern archipelago, just off Mariestad. On this almost completely car-free island is the 14 kilometer long Brommö Path. Walk through a landscape reminiscent of the west coast, complete with dunes, smooth rocks and clear blue freshwater.

Walk in a real summer paradise in the Vänern archipelago

Brommö has a wide variety of wild animals and birds and much of the island is actually a nature reserve. It has long, fine sandy beaches, or you can go swimming from the rocks and pick blueberries in lush forests. At one time there was a glassworks on Brommö which you can read about at the ferry terminal. There is also an exhibition of amateur photographs that includes both famous and unknown people who have lived on Brommö. Don’t forget to pack food and drinks for your stay here as there are no shops, restaurants or kiosks on the island.

As well as the footpath, there is also a 16-kilometer cycle path around the island. You can rent bicycles at the ferry terminal on Brommö (but no booking in advance). 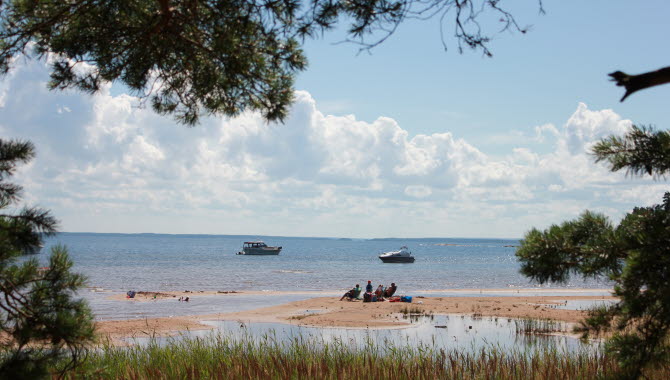 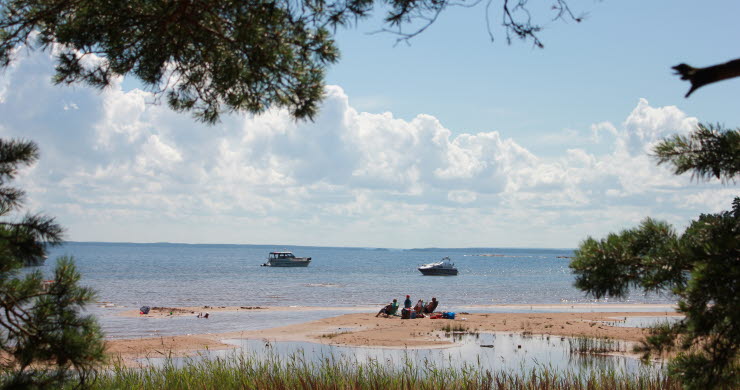 Brommö has a number of lovely beaches. There are smooth rocks, sand dunes, clear blue freshwater and shallow beaches that suit younger children. Rövarsand and Store Vite Sand are on the north side of the island and have high sand dunes as well as smooth rocks to swim from. You can wade over to the lovely island of Hovden from Rukehamn, on the west side of Brommö. It has nice bays for swimming. Sandvik, furthest south on Brommö by Knipekulten, also has a swimming place.

The path is marked with orange paint.

The path is classified as medium, apart from the section between Knipan and Rukehamn. For the most part it is very easy to walk as it follows forest roads and flat, wide paths.

The path is a loop that starts and ends by the ferry terminal on Brommö. The ferry to Brommö goes from Laxhall on Torsö and takes about 5 minutes. In the low season you need to book the ferry in advance. Torsö lies north of Mariestad (30 minutes by car). There is a car park at the ferry terminal since no private cars are allowed on Brommö. Bus number 511 runs between Mariestad and Laxhall on weekdays; departure times are found at www.vasttrafik.se 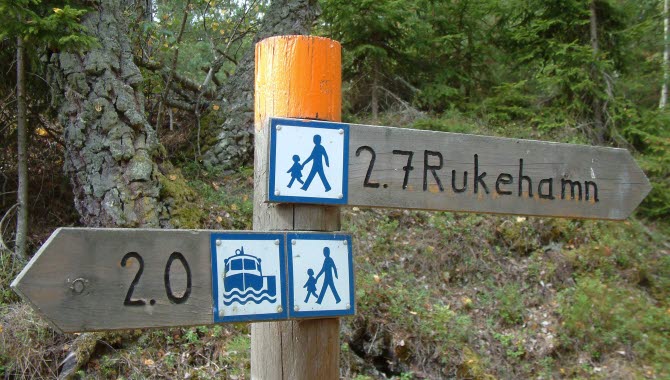 A digital map of the path is available on Google maps.

Would you like some more suggestions for scenic one-day walks in Skaraborg? Check out vandraiskaraborg.se