The center for herring

Klädesholmen is the island that lives, breathes and delivers herring and its history. It is home to a herring factory, herring museum and the Salt & Sill restaurant, which carries on the herring tradition by creating gourmet pickled dishes and flavour combinations. Each year on Herring Day a herring dish of the year is selected.

Klädesholmen is well worth a stroll to admire the traditional white wooden houses that are typical of fishing communities along the coast, and the narrow streets named after the trades of the people who lived there, such as Skomakaregatan (Shoemaker Street), Kustroddarvägen (Coastguard Road) and Fiskargränd (Fisherman’s Alley). You can relax at one of several swimming areas, eat at a restaurant or have coffee at a café, while enjoying the sights, sounds and scents of the sea. To the west, where the houses give way to the rocky coast, right at the water’s edge, stands Claes Hake’s granite sculpture: Faith, Hope and Love. The sea itself is the source of Klädesholmen’s prosperity and cultural heritage; the shimmering silver herring around which life on the island has revolved through the ages. 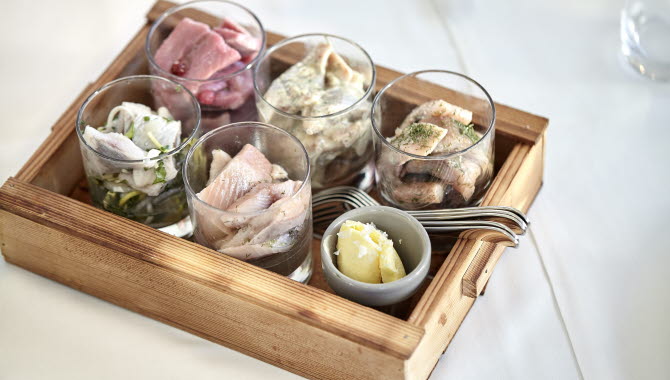 Each year an expert jury appointed by Klädesholmen Seafood and the Salt & Sill restaurant selects a herring dish of the year that is presented on Swedish National Day, on 6 June, which also happens to be Herring Day.

Klädesholmen is a community that has historically been dominated by the rise and decline of herring stocks, and proudly continues the heritage of this, the most widespread species of fish on the planet. Surrounded by the wild sea and linked by a bridge that was built in 1983, the island has always depended on fishing and the bounty of the sea. It is believed that the island was inhabited as early as the 13th century, and when a Norwegian bishop passed Klädesholmen in 1594, he described it as an old fishing village.

Klädesholmen experienced a resurgence during the herring boom of 1747–1809; the population grew and people came to work at the herring salteries and fish oil factories, while the harbour was filled with ships from near and far, which collected salted herring and fish oil for shipping to Europe.

When the herring disappeared, the community suffered, and by 1830 the population had dropped to just over 400 and it was hard to make a living. In the 1860s the island’s fishermen headed to Ålesund outside Norway to catch cod and ling, and in 1880 they sought better luck around the Shetland Islands, around the same time that the herring returned to the west coast in 1877–1900. It was during this period that the extensive herring processing industry was built up. Massive warehouses were built to process and salt fish. The fishermen toured the harbours of Sweden in their small boats to sell their herring and fish produce. The rest is a piece of herring history. 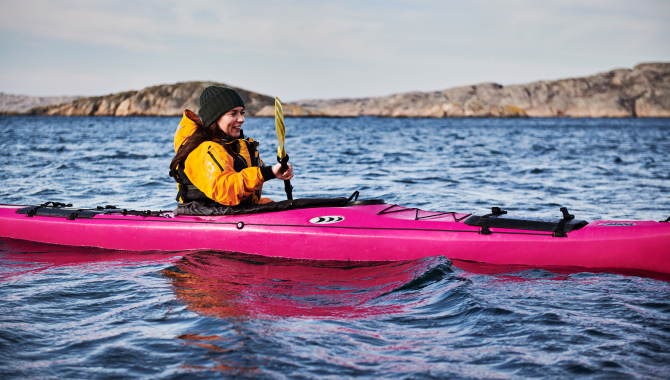 25 canning factories on the island

In the early 20th century the islanders learned how to preserve herring and sprats. By this time almost a thousand people lived on the island and in the 1930s the herring canning industry grew quickly, until by 1950 there were 25 canneries on the island. But from the 1970s onwards the fish processing industry died out and only herring pickling remained, and early this century the three remaining factories merged to form Klädesholmen Seafood AB, which is now the largest Swedish-owned herring producer, and makes more than half of all pickled herring. 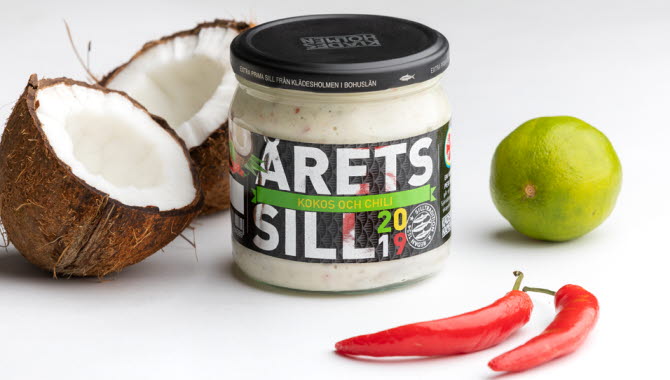 In 2015, herring production was transferred to larger factory premises in Rönnäng, on Tjörn, while the factory outlet remained on Klädesholmen.