Enjoy a stunning hike across Ramsvikslandet, also called the Kingdom of the Rocks, in Bohuslän. The trail is part of the Kuststigen and stage 5 of the Soteleden.

Hike the Kingdom of the Rocks

The Ramsvikslandet nature reserve, famously known as the Kingdom of the Rocks, consists of vast stretches of wave worn rocks, interspersed with heaths, meadows and smaller wetland areas. You can clearly see traces of the Ice Age here, in the form of giant’s cauldrons, sheepback rocks and glacial striation. The rocks are great for some exciting outdoor bouldering.

The southern part of Ramsvik, called Tryggö, offers magnificent sea views and some of the best places to swim round Haby bay. King Tryggves grave is also found here, a large cairn thought to date back to the late Bronze Age. Ramsviks Cottages & Camping is situated on the north part of the island, and is a good place to start your hike. There’s accommodation and a restaurant, and you can book complete hiking packages. 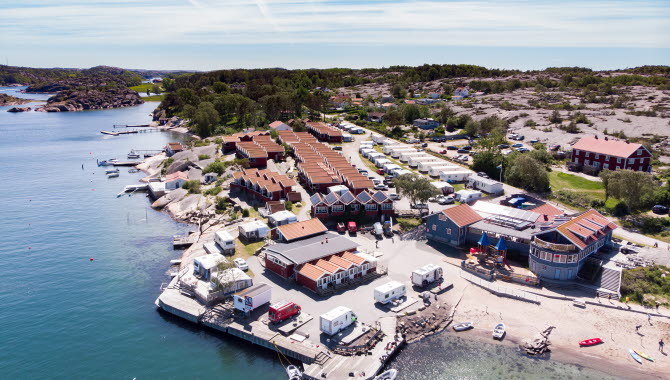 Several round walks to choose from

Ramsvik was actually a peninsula that was separated from the mainland during the 1930s, when the Sote Canal was built to create a safer shipping lane. The island is now easily reached by a swing bridge over the canal. Maps of the area can be found by the bridge on the mainland and the parking spaces on Ramsvikslandet. As well as this stage of the Kuststigen there are several other lovely round walks of differing levels of length and difficulty if you want to make it a whole day out. 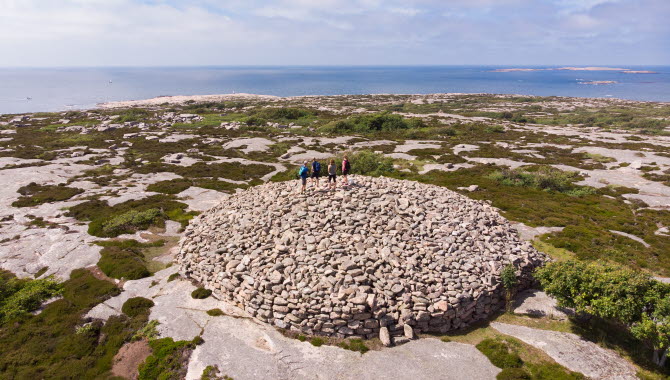 This stage is a total of 14.5 kilometres but there are also several round walks to choose, of varying lengths and grades of difficulty.

This stage takes around 4 to 5 hours to walk. 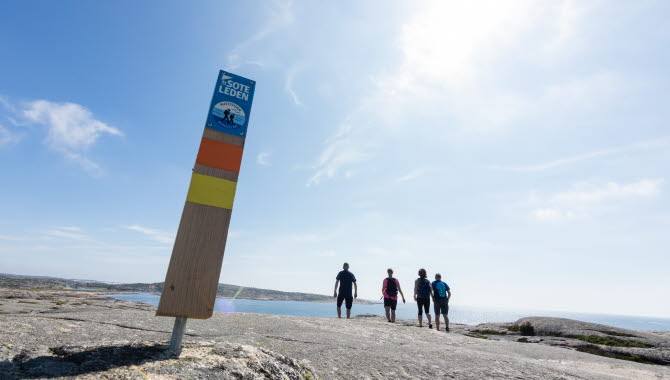 This stage is classified as moderate and is boggy and steep in parts, around Sote Bonde and the rocks to the north in particular. This stage of the trail is a coastal hike that goes through very varied terrain over rocks, through pastures and salt meadows.

This stage starts at the Sote canal. The Ramsviksvägen bus stop is approximately 1 kilometre away, as is the Västra Rörvik bus stop. There are places to park at Tångevik (North Ramsvik) and Haby (South Ramsvik).

Ramsvik is on the Bohuslän coast in the county of Sotenäs. Get there by both bus and car. From Uddevalla it’s around 80 minutes by bus, changing at Hallinden. From Gothenburg there are occasional direct buses taking around 2 hours to get there. By car it’s a journey of around 90 minutes from Gothenburg. 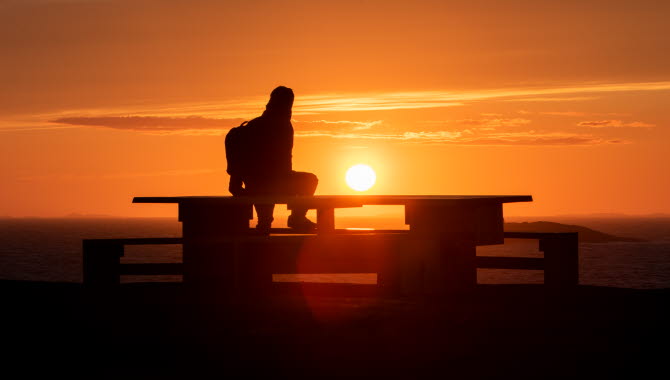