Illumination and anticipation defeat the darkness. By December darkness descends early in the afternoon, but what you might imagine to be Sweden’s most dank and dingy time of year is actually its brightest and most brilliant.

The country begins to sparkle both spiritually and literally - the excitement crescendoes and towns and cities are draped with decorative light. Candles glow in windows, trees twinkle in gardens, and despite the chill of winter, it is impossible not to be touched by a warmth that emanates from every corner. Sweden provides the perfect backdrop for fairytale festivities, with its red wooden cottages and fir tree forests heavily dusted with snow. Decked in winter garb – long coats, woolly hats and high boots – people swarm in shops and through Christmas markets, and stop for a glass of glögg (mulled wine) with friends. Food is gathered, and homes are cleaned and hung with decorations.

Four weeks before Christmas, the liturgical Advent period begins, and it is customary in Sweden to light a candle each Sunday. The children's excitement mounts as windows pop open on their Advent calendars. It is customary to hang a star fashioned from paper or straw in your window, symbolising the guiding star of the Three Wise Men.

December is frenzied. There is much to do before everyone can settle down and snuggle into a happy hibernation. Christmas is also a significant time for family in Sweden. Owing to the vast scale of the country, people begin making plans early to travel far and wide to be with relatives. 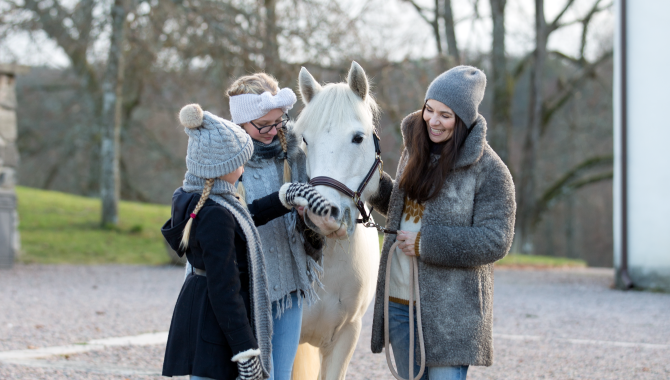 The traditional coronation of St Lucia is celebrated all around Sweden. For example, Gothenburg chooses its Lucia 'Queen of Light', marking her coronation with a poignant concert held in candlelit churches across the city, including the incredibly atmospheric Vasa Churc. Choral pieces sung by the Lucia troupe of seven girls bring divine enchantment to the packed church. 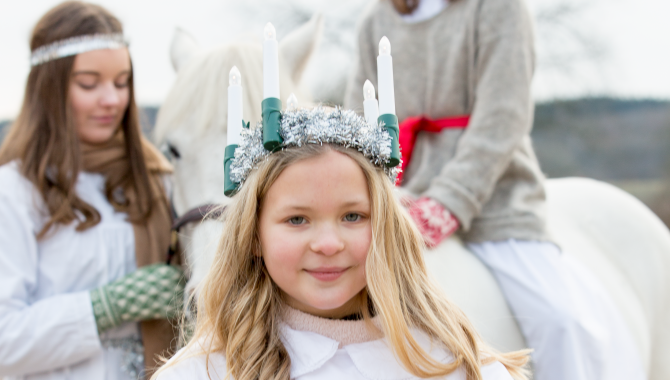 The Christmas tree and the preparations

The custom of having a Christmas came across from Germany in the 1880s. There's no settling for any straggly Christmas tree in Sweden. On the day before Christmas Eve, when Swedes search for their tree, perfection is prerequisite – its branches must be bushy and evenly spread, and it must be straight – any lopsidedness simply will not do. Whether you buy the tree in a city, or whether you fell it yourself in the country, great importance is placed on its shape.

Bedecked with baubles, flying with flags, trimmed with tinsel or laden with lights...families each have their individual ways of adorning their trees, and indeed their homes in general. One thing that will be common to most houses is the pungent fragrance of hyacinths, a Swedish favourite.

On 24 December, at three o'clock, once every decoration has its place, Sweden officially puts its feet up in front of the TV to enjoy reams of Disney scenes – a tradition dating back to the sixties. This national sit down marks the end of the preparations and the start of the settling in.

Variety is indeed the spice of life, and don't the Swedes know it! Their scrumptious smorgasbords offer unusual treats such as jellied pigs feet, 'lutfisk' (air-dried white fish soaked in a salt solution), 'gubbröra' (an egg and anchovy mixture), pickled herring, and rice porridge that oozes with cream, sugar and cinnamon. Superstition has it that whoever finds the whole almond in their porridge will marry within the year. 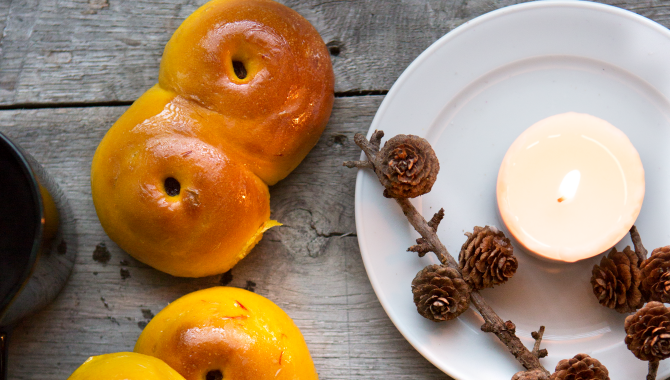 After the meal, the 'tomte' comes. This Christmas elf belonging to Scandinavian folklore lives beneath the floorboards and takes care of a farmer's home and barn, in particular at night, when the housefolk are sleeping. Children leave a bowl of porridge out for this impish creature, and hope that he brings them presents.