Henriksholm is a privately owned island of some 100 hectares, half of it covered in woodland and half of it in meadow, and people have lived here since the 14th century. The island is owned by the Berger family and their 18-bedroom house and pavilion can be rented by the week (self-catering). To get to the island from the mainland you take the private car-ferry, or boat. The nearest town is Åmål, which is 22 kilometres away. Close by is giant lake Vänern and nature reserve Sörknatten, which offers fantastic canoeing, walks, swimming spots and fishing As well as Henriksholm, the Berger family also has four beautiful houses for rent at Stenbynäs, which can be rented by the week. The houses lie beside lake Iväg, close to Dals-Långed in Dalsland. You have access to saunas and boats at all of the houses. 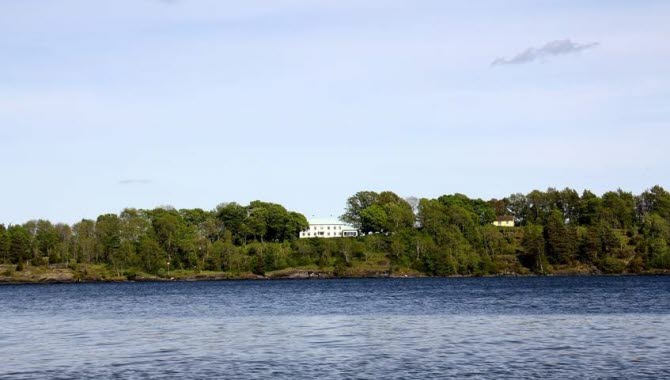 You could say that Henriksholm is like a miniature Sweden – it has the same elongated shape and much of Sweden’s countryside is represented here; flatlands, high hills, woodland and meadow. There is a rich flora and fauna; roe deer, badgers and foxes abound and even the rare white-backed woodpecker nests here, as do black-throated loons and ospreys. The nearby rift valley lake Ånimmen is 12 kilometres long and 33 m at its deepest point. Fish of many varieties thrive here, including; pike, perch, eels, freshwater bream and roach. Ånimmen connects with other parts of the Dalsland canal at the Snäcke lock that lies in the south. At the lake’s northern end is the Strömmen lock that leads to lake Ärr.