In West Sweden we love our holidays – it’s that simple. It doesn’t matter that some are in honour of cream buns, cinnamon pastries or crawling crustaceans, or that pickled herring are a recurring theme. The bottom line is, we’re always up for a party. So read on, as we take you through a year of West Swedish holidays.

Shrove Tuesday, which always falls 47 days before Easter, is all about the beloved cream buns. These round wheat flour buns, dusted with icing sugar and filled with whipped cream and marzipan, are probably the Swedes’ best-loved baked good. We’re simply mad about them. Today they come in many sizes, from little morsels to entire cakes, and there is much debate on how they are best enjoyed. Some people prefer the classic “hot wall”, where they are served in a bowl of hot milk, but most eat them just as they are, with a cup of coffee. 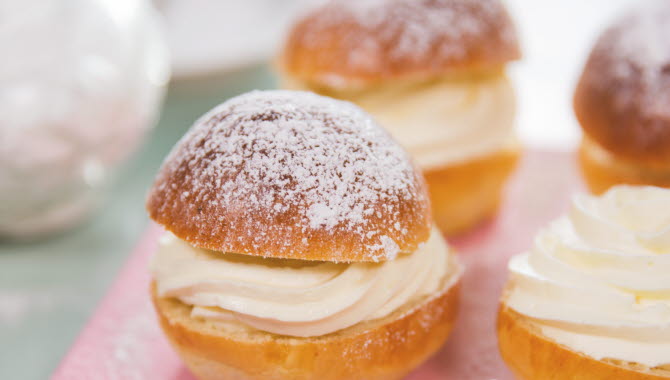 It’s a majestic bun, and not the easiest to handle. So here’s a little good advice for the beginner: Carefully lift off the top, which you use as a spoon, scooping off some of the creamy filling. Eat this filling with part of the “spoon”. When the bottom part is a manageable size, you eat it like a sandwich.

We actually start tucking into these delicacies just after New Year’s, and continue through Easter. But Shrove Tuesday is the big day of the bun. The actual date varies from 3 February to 9 March, and we promise that if you drop into one of our cafés or bakeries around then, you won’t be disappointed.

Spring is in the air and we’re finally starting to see the end of the long winter. A celebration is in order! Swedish Easter can confuse the uninitiated. Basically it’s all about eggs, colourful feathers, witches, sweets and more eggs. 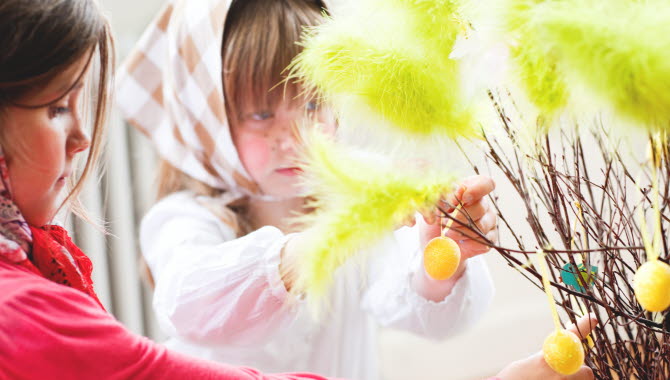 Like many other Swedish holidays, at Easter the focus is on food. A traditional Easter buffet is a light version of the Christmas buffet, but is heavier on the fish and eggs. At Easter the Swedes – with a population of just ten million – gobble down an astonishing 64 million eggs. The Easter buffet is brimming with everything from boiled eggs, painted eggs and halved eggs with different toppings to filling omelettes. Other must-have dishes include gravlax (cured salmon), smoked salmon, small sausages and of course pickled herring in various sauces and styles.

And when it comes to sweets, eggs are again the main attraction. We have hollow cardboard Easter eggs which we fill with egg-shaped chocolates, and foam and jelly sweets. Our children dress up as Easter witches and go hunting for sweet treats. Our homes and gardens are decorated with little ornamental chickens, and with birch twigs adorned with colourful feathers and eggs. At various locations in West Sweden you can watch bonfires, adding extra atmosphere to the occasion.

Another baked goody that has been honoured with its own day is the waffle. On 25 March, the normal coffee break sweets, such as cake and buns, are replaced with these crispy treats. Preferred recipes vary, as do the ways to enjoy the waffles. Some people eat them with jam and whipped cream, while others insist on fresh berries and smaller or larger portions of ice cream. Whichever you choose, we promise you’ll love them as much as we do. 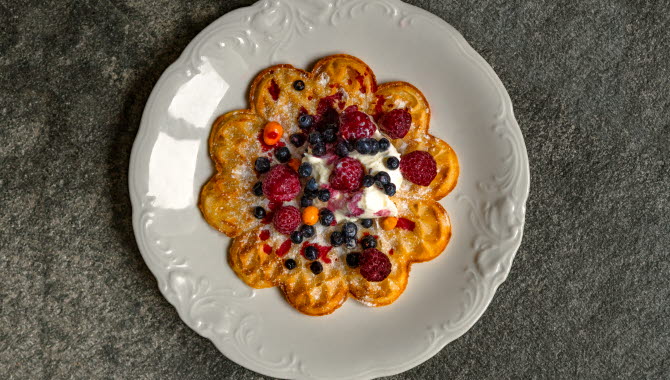 Enormous bonfires, fireworks and choirs – that’s Walpurgis in a nutshell. Walpurgis Eve always falls on 30 April. The bonfire was originally seen as a way to scare away witches and evil spirits, but today it’s more a chance to dispose of garden refuse. Walpurgis represents the end of winter and the start of the light time of year. In Sweden people get together, as they have for centuries, around a huge pile of branches and twigs, set it alight and sing traditional songs, to honour the arrival of spring. Walpurgis is also the universities’ biggest festivity, so don’t be surprised if you come across some cheerful students wearing the typical white cap. 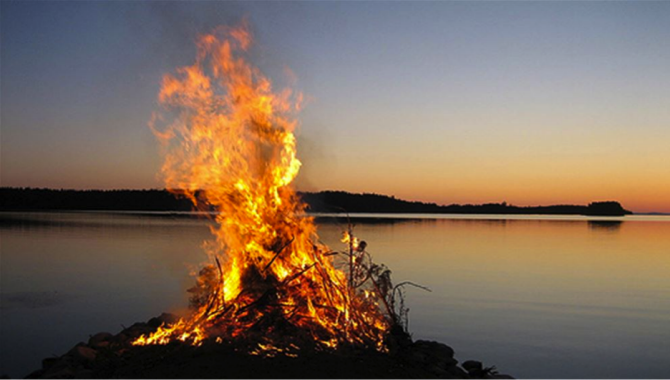 Because Walpurgis Eve is also the birthday of the Swedish King Carl XVI Gustaf, the day is also a massive birthday party. Which means you can expect to see lots of people waving Swedish flags.

Alongside Christmas, Midsummer is the most important of all the Swedish holidays. It falls between 19 and 25 June, around the same time as the summer solstice, when the days are the longest and the nights are the shortest. The way we celebrate this occasion will probably cause a few raised eyebrows among visitors to our country. 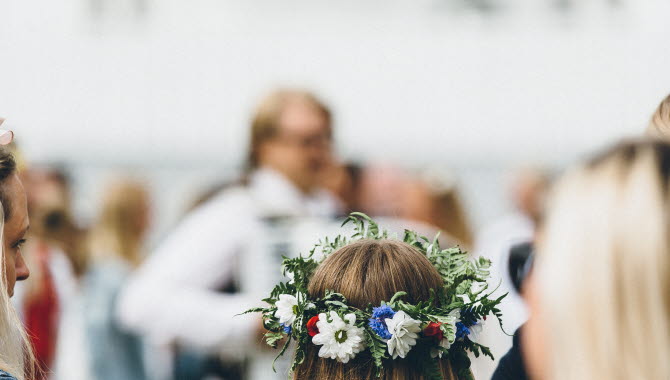 A key part of the festivities is the Midsummer Pole – also called the Maypole – a tall cross made of logs, with two wreaths hanging from each end of the crossbar. It is adorned with birch leaves and various types of flowers. We wind flowers into cute laurels that we wear on our heads. But the pole isn’t just pretty decoration in a park or garden. It’s also the centre of the singing and dancing that goes with Midsummer. While singing traditional songs we skip around the pole, young and old, preferably while a group of folk musicians plays away. So before you attend, you should learn some classic songs such as “Little Frogs”, “The Minister’s Little Crow” and “We Are Musicians”.

Of course, it’s not a Swedish holiday without the food. Midsummer is all about herring, new potatoes and strawberries – and this is serious business. Any half-decent dinner table must have at least one jar of pickled herring, preferably soused herring, with sour cream and chives on the side, and plenty of freshly boiled new potatoes. Dessert could be the season’s first Swedish strawberries, with or without cream. 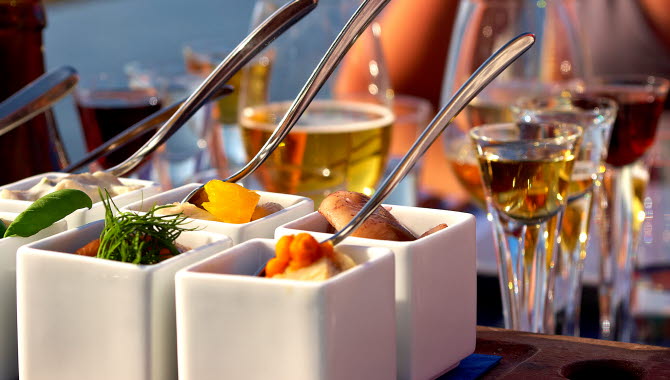 In keeping with its ancient Scandinavian heritage, Midsummer also has elements of magic. According to folklore, if unmarried young people picked seven types of flowers and put them under their pillow at night, they would dream of their future partner. Why not give it a try?

In some cultures, crayfish are considered a nasty marine insect. In Sweden they’re a delicacy worthy of their own celebration, which takes place in late summer or early autumn. If you don’t manage to catch some of your own, at this time of year supermarkets offer a good selection of Swedish and foreign crayfish. They are boiled in a brine of salty water, with heads of dill and sometimes other flavours. Then it’s party time. 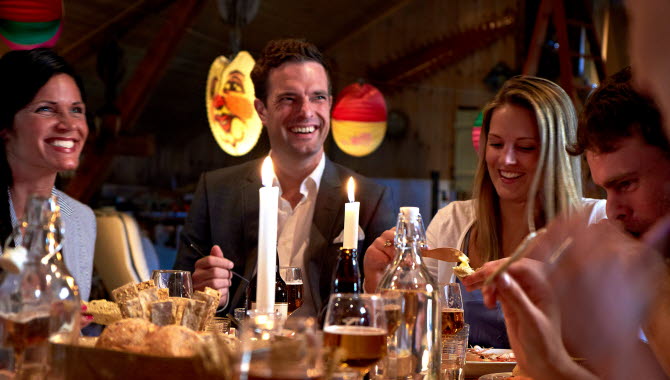 At a classic crayfish party the home is adorned with candles and paper lanterns, and the guests with colourful napkins, bibs and silly hats – all in honour of the little crustacean. In terms of food, the buffet includes pie with sharp Västerbotten cheese and crispbread with a tasty cumin cheese. For many people, schnapps is a key part of the crayfish party, enjoyed together with some clever drinking songs.

Shellfish taste best when the water gets colder, and is better suited to fishing than swimming. In summer the queen of the shellfish – the lobster – is protected. But they’re fair game from the first Monday after 20 September. It’s a day many Swedes look forward to – just watch how the fishing villages of Bohuslän are suddenly packed with expectant lobster lovers, eager to haul up their own “black gold of the sea”, as the Swedes call them. 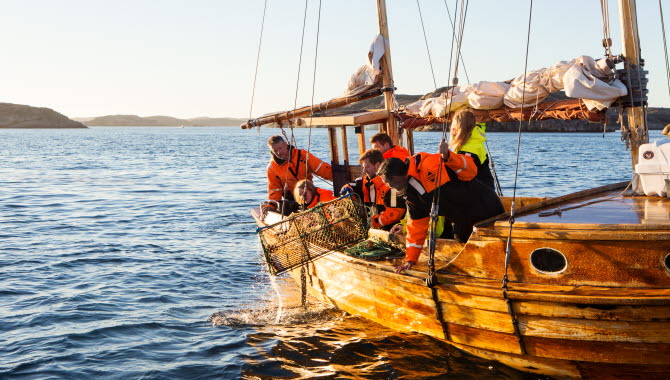 If you don’t have your own boat and equipment, you can head out on one of the many lobster safaris on offer along the coast. We promise you an exciting tour that you’ll remember for many years to come.

Lovers of pastry and cinnamon: Make a note at 4 October in your calendar. The Swedes love cinnamon rolls so much, they have dedicated a day to them. These fluffy wheat flour rolls filled with cinnamon, butter and sugar and topped with pearl sugar are a pleasure for all senses. Bake some yourself, or buy a bag from the local bakery or cake shop and enjoy with a cup of coffee or a glass of milk or juice. 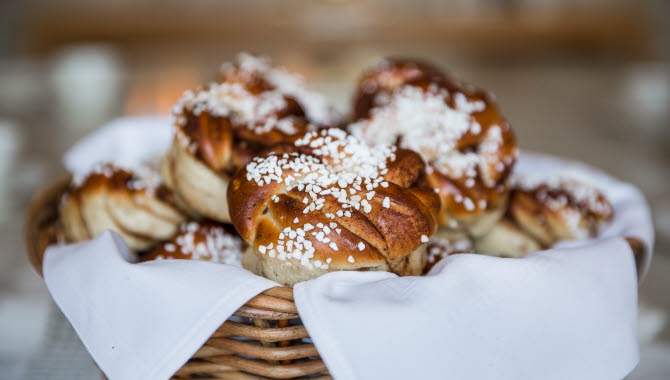 13 December is a magical day in many ways. In the darkest month of the year, eleven nights before Christmas, Lucia – or her festivity – comes and saves us. Going back more than four centuries, it honours the “Queen of Light”, Saint Lucia, who legend says spread light and joy. But 13 December is also significant in our folklore: we believed it was a dangerous night, when supernatural forces were active, and animals could speak. 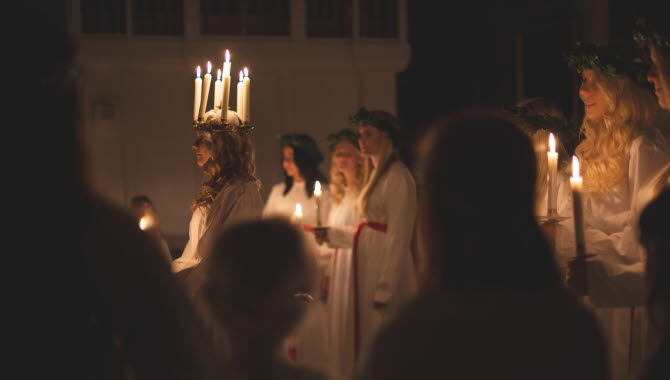 The way we celebrate Lucia today is said to originate in West Sweden and the province of Värmland. If you’re here at this time, be prepared to see processions of girls and boys wearing white robes, singing beautifully and carrying candles in their hands or in a crown on their head. The Lucia festivity should be enjoyed with lots of saffron-scented Lucia buns, gingersnaps and mulled wine.

Christmas is so much more than an old man giving presents, a tree, tinsel and candles. It’s also very much about food. We Swedes love Christmas, and we start celebrating it at the end of November, when the first Christmas markets appear in our city centres and at local heritage centres. At these markets we fill our larders ahead of Christmas, buy handicrafts and decorations. We also like to eat some Christmas food well in advance of the actual holiday, usually at a buffet at a local restaurant. A classic Swedish Christmas buffet is a real feast, with dishes including various types of pickled herring, a potato-onion-herring gratin called Jansson’s Temptation, meatballs, sausages, beetroot salad, red cabbage, pâtés, gravlax (cured salmon) and of course grilled ham.

More adventurous diners might also try specialities like lutefisk, trotters, brawn and home-spiced schnapps. Swedes celebrate Christmas on the 24th, and on this day the feasting continues at home, when we add classics like porridge, a special yuletide soft drink and huge amounts of nuts, dried fruit and homemade sweets. And you mustn’t miss some of the other Christmas sweets, such as toffee, ice chocolate and different types of fudge, to name just a few of all the goodies on offer. 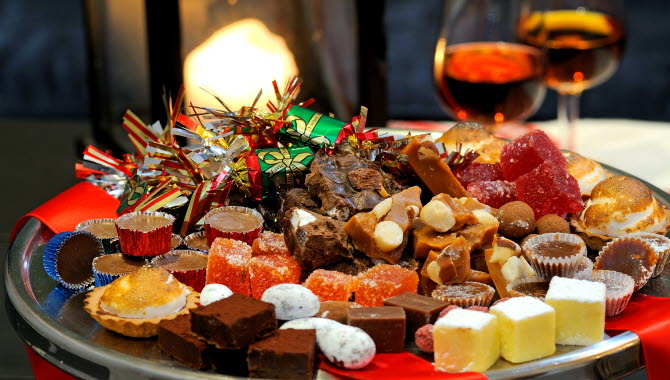