Everything on Dyrön is within walking distance whether you want to swim, walk, enjoy the local art, have a coffee and cake, see the mouflon sheep or just admire the magnificent views of the coastal landscape. This car-free island has much to offer, both for the 200 or so residents as well as the summer guests. You’re welcome, too!

The journey toward Dyrön's northern harbour starts at Rönnäng pier, where the passenger ferry Hakefjord has its berth. Shortly after the ferry’s departure Marstrandsfjorden opens up and the traffic-free islands of Åstol and Dyrön appear, each with totally different characters. While Åstol is a barren and rocky island Dyrön is lush, inviting you to discover its varied and dramatic scenery.

The settled part of the island is the valley that stretches between the northern and southern harbours, flanked on both sides by a bare rocky landscape, canyons and hollows. The southern harbour has regular departures to Rökan, from where you can take a bus to Marstrand or Gothenburg. You can also take a charter tour to Gothenburg or Lysekil.

Dips in the sea and sauna

The island has two swimming areas with trampolines, steps into the sea and sandy beaches, as well as many small coves and rocky outcrops if you’re looking for a more secluded spot for sunbathing and swimming. Dyrö sauna is on Dyrön’s southern promontory, only 10 metres from the sea. A number of years ago it was nominated as Sweden's best electric sauna, largely for its peaceful location with lovely views of the sea and rocks, and you can book it all year round. 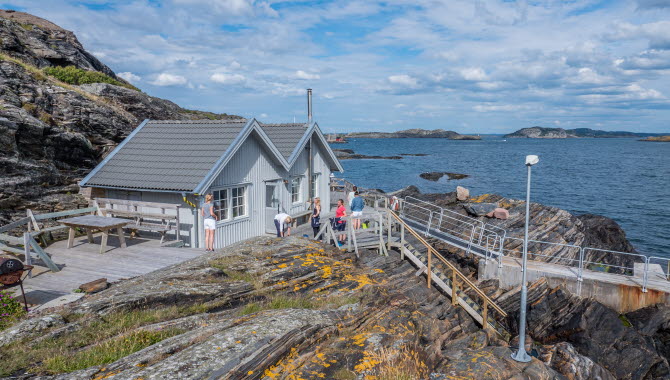 There is an art gallery at Bockeberget, by the southern harbour, that is open in the summer and exhibits art inside a cavern. The island also has a shop that is open all year round and serves beverages and lunches.

Walk among the canyons and see the mouflon sheep

The best way to discover the island's beautiful landscapes is to walk along the footpath called Dyröleden. It is steep in parts and requires strong feet and good shoes, but it’s well worth the effort involved because you can look out over Carlstens Fortress on Marstrand, the island of Åstol and the archipelago towards Klädesholmen. 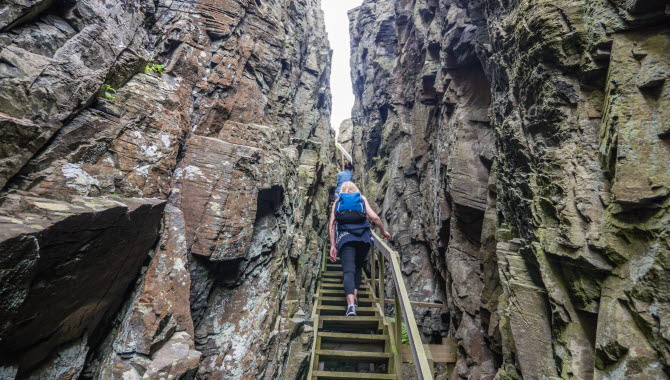 Dynes Ravine is a dramatic place along the path, where walkers go through a narrow passage between two high walls of rock. You may be lucky enough to see some wild mouflon sheep that roam freely on the island among the lush coppices and steep rocky outcrops, and there are many rare plants here for those who are interested in botany.

Fishermen and farmers in the past

In a high valley between the bare rocks on the west coast are the remains of a Stone Age village, indicating that the first settlement on this island was over three thousand years ago. The earliest farmer named was in 1566, when Dyrön was the crown’s property. In 1743 the island, together with the neighbouring island of Åstol, then uninhabited, was bought by two farmers. A few years later the greatest herring period in the history of Bohuslän started but Dyrön, lacking a fishing harbour, continued to survive on agriculture and livestock. The area of land was not sufficient in the end, however, and fishing increased - particularly after Oscar II opened the long-awaited northern harbour in 1902. The fishing industry grew steadily until the 1960s, but decreased again in more recent times. 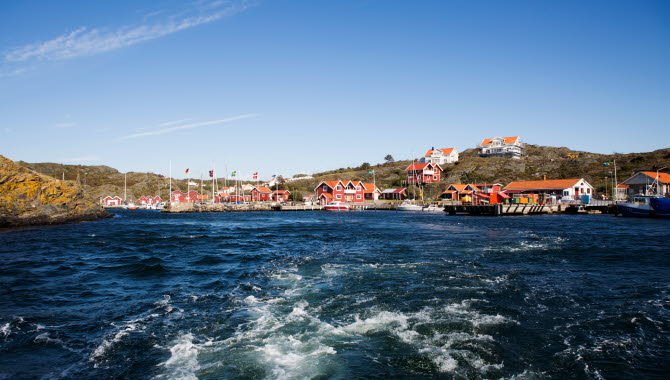