Time to plan your next holiday? Here are three tips for holiday-makers who enjoy taking in a nice mix of cultural heritage sites and picturesque views from the saddle of their bike. Discover works by international artists along the coast, ride through the Sjuhäradsbygden region’s historic Textile Country, or watch leisurely canal boats cruise the waters of one of Sweden’s all-time greatest building projects.

Despite its modest size, Bohuslän Province’s Tjörn Island boasts world-class cultural experiences. Among these is the chance to cycle what has been dubbed “the world’s sweatiest art trail”. The first stop along the route is the Nordic Watercolour Museum, where the magnificence of the panoramic views out over the local archipelago is equalled by the creativity displayed in the artwork.

After enjoying lunch at the museum’s Vatten Restaurant & Café, you will next cycle from Skärhamn’s quay onward through the streets of this charming seaside hamlet. As town gives way to countryside, one of Sweden’s most beautiful cultural landscapes will open up before your eyes. The tour continues on towards the “promised land” of the coastal wet meadows along winding trails and past windblown pine forests.

A good ten kilometres more in the saddle will take you to the sculpture park Sculpture in Pilane, which was recognised by the Guardian newspaper in 2016 as one of Europe’s most beautiful sculpture parks. Here, you are free to park your bike and spend the afternoon outdoors in a landscape dotted with seaside cliffs, Stone-age burial sites, free-roaming sheep and enchanting sculptures by world-leading artists. 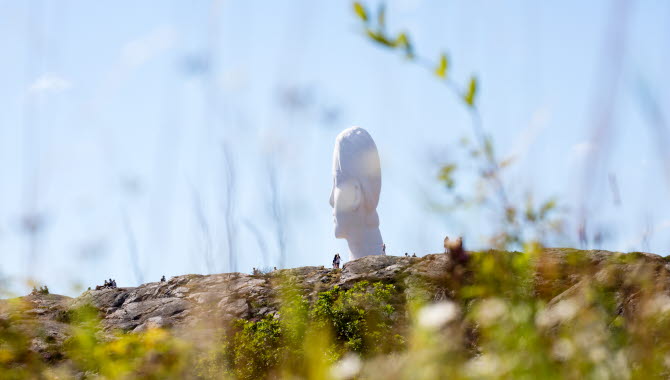 Textile manufacturing organised by local merchants first took off in earnest in the district in the mid-18th century, in conjunction with the professionalisation of textile production. These prosperous, landowning farmers bought up yarn, and later also imported cotton, which cottage-industry weavers then skilfully transformed into cloth. Known locally as förläggare, these textile-merchant farmers made a fortune selling local weavers’ handiwork and erected many grand manor houses in the district with the money they earned.

Your tour will take you past many of these beautiful old homesteads. We recommend starting out from the Lydde Gård estate manor house, whose architecture, which is characteristic of the period when it was built, has won multiple commendations as an outstanding example of cultural and architectural preservation.

Next, follow the river Viskan to idyllic Rydal, a former industrial village, and visit the museum that houses Sweden’s oldest surviving spinning mill. The next stop on your tour is Kvarnen i Hyssna, a hotel housed inside the old smithy in the village of Hyssna. Here, you will enjoy good food and lodgings in a place where time seems to have stood still, preserving the genuine tranquillity and peacefulness of times gone by.

Your tour will then take you past the church in Seglora and through Fritsla, before concluding where it began in Kinna. You will also cross three magnificent old stone arch bridges spanning three different rivers along the way. 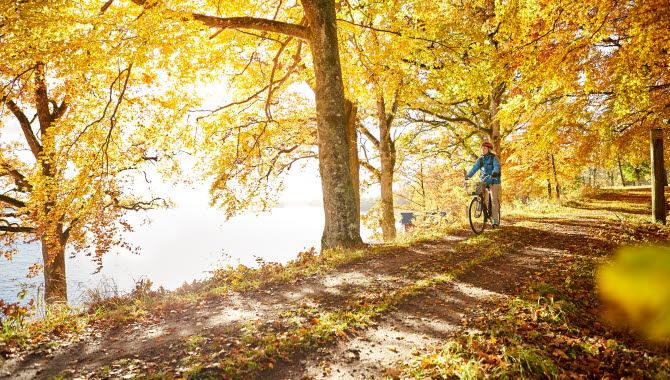 It isn’t hard to see why Baltzar von Platen’s masterpiece, the Göta Canal, has been voted Sweden’s greatest building project of the millennium. Using only iron-tipped shovels, 58,000 Swedish soldiers dug their way through rock, moraine and clay during the period 1810-1832 to make the now-famous canal a reality.

A bike ride through this area is truly a trip through local cultural history. Ride along the narrow, gravel pedestrian road that was once used by oxen and horses to tow sailing vessels along the waters of the canal. Enjoy the tranquil surroundings, see boats pass through the canal’s locks and stop for refreshments at inviting waterfront cafés. 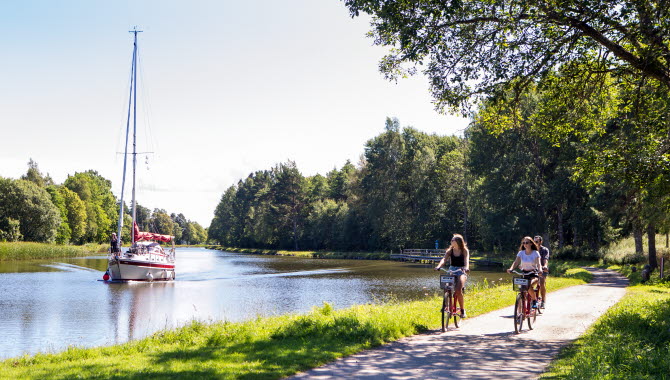 As part of the Visions by Water art project, the granite monument Vattentrappa, designed by Bengt Olson, was erected in memory of the excavation that began in Sjötorp, where the canal now empties into Lake Väner. A little farther inland, by the Norrkvarn lock site, you will also find artist Katarina Norling’s work Rosa Eko – Inre Eld – an imagined portal between the water and the forest. Finally, 92 metres above sea level and at the canal’s highest point at Tåtorp, you will find Bianca Maria Barmen’s sculpture Pojken sitting on a pier and gazing out over the water’s edge.