A holiday in West Sweden has something for everyone and every taste. Getting around is easy and the distances are short – you have the pulse of the urban chic city of Gothenburg, as well as the historical, cultural and heritage sites of the Västergötland plains. Heading west, there is the Bohuslän coast with its wind-aged granite backdrop, fishing villages and archipelago of 8,000 islands. And coming back inland, there is the province of Dalsland – the wilderness region closest to central Europe.

West Sweden has a wealth of fine museums, castles and palaces, as well as historical and heritage sites where you can discover the history of the region. A very early one is the beautifully preserved 3,000 year-old rock carvings and paintings at the Tanum UNESCO world heritage site and adjoining Vitlycke Museum. Did you know that Sweden was once a great power in Europe? Find out more about this time in Sweden’s history at stunning Läckö Castle on the Kållandsö peninsula near Lake Vänern. Medieval Sweden makes an appearance at the Varnhem Abbey church and surrounds that date from 1150 and was built by the Cistercian order. Go here for the architecture and important people’s burial sites. The Göta Canal is Sweden’s biggest ever construction project, cutting a watery channel 190 km-long through the region. It is a history in itself and cruising it, or cycling stretches of it, will take you to some of West Sweden’s most important cultural and heritage sites. 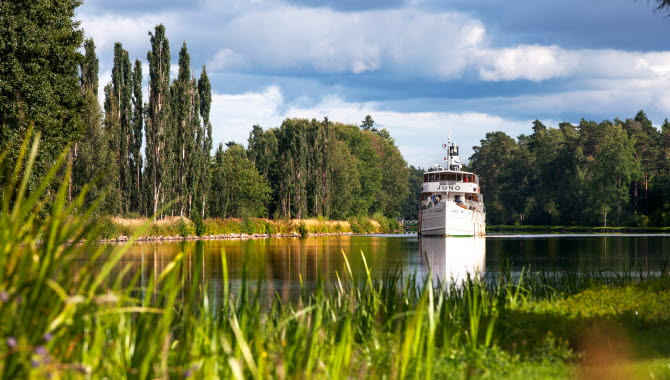 If you love nature and getting out and about in it, any time of year, then West Sweden is for you. Do a canoeing/camping trip with friends and family in the province of Dalsland with its myriad waterways and lakes. If the salty sea air is more your gig head west for the Bohuslän coast and archipelago, selected by CNN as one the world’s last great wilderness area. See the pink granite islands waterside from a kayak, or underwater on a diving course. For rolling agricultural landscapes, farm shops, castles, palaces and historical sites, visit the province of Västergötland which is backed on its southern edge by Lake Vättern and fronted at its northern edge by giant Lake Vänern, the biggest lake in the EU. Needless to say the fishing is fantastic. 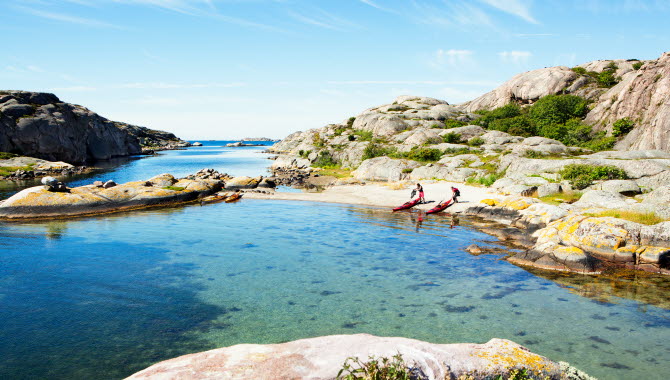 You do know that Gothenburg has a serious number of Michelin star-rated restaurants for a city of its size. And that Taste of West Sweden-certified restaurants are worth a visit on their own merits – we know, we checked. What is it about the food served in West Sweden. Is it the brilliant chefs, or is that West Sweden is a fantastic food-producing region? It’s both. The chefs of West Sweden would tell you about the fish and shellfish caught off the coast – the mackerel, sea trout and flatfish, the prawn, mussels, langoustine and lobster (depending on season). They might tell you that they joined the crew of a local fishing boat and helped them haul in the catch. You can too, if you go down to one of the fishing village harbours and book a trip.

What about inland? How about perfect vendace bleak roe from Lake Vänern, or handpicked wild garlic or mushrooms foraged on the forested slopes of Kinnekulle mountain. Go totally local in West Sweden by ticking off the farm shops of the region for local produce or go native and partake of a fika, Swedish for a coffee or tea break. In this part of the world this is no common or garden elevenses, Swedes take it very seriously and accompanied by buns, biscuits or whatever you fancy. Swedes do it three times per day – join them. 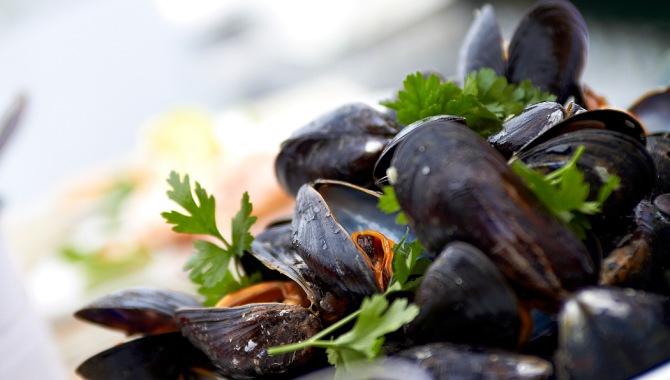 Wherever you are in West Sweden you will be met by down-to-earth, light-hearted locals. These are people who are passionate about and committed to running and developing their business and put the visitor first. 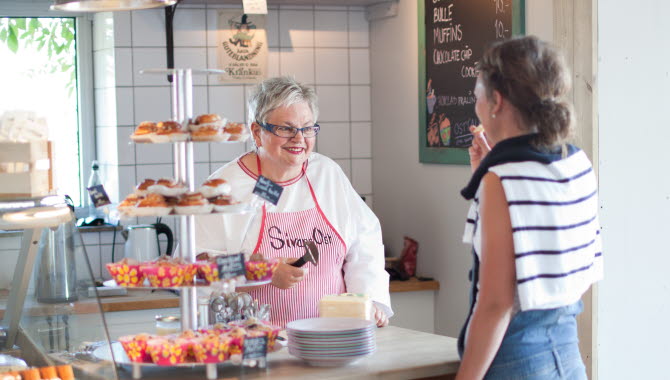 Year-round West Sweden hosts many events and activities in its towns, cities, villages and countryside. Scandinavia’s biggest amusement park, Liseberg, is in Gothenburg, while Skara Sommarland water and amusement park, is near the town of Skara. Both are must-do’s if you are a kid. For adults there are harvest festivals, street festivals, cultural festivals and events and…the Way out West and Uddevalla Solid Sound music festivals.